Once Again, Kevin Love Is All About Sacrifices 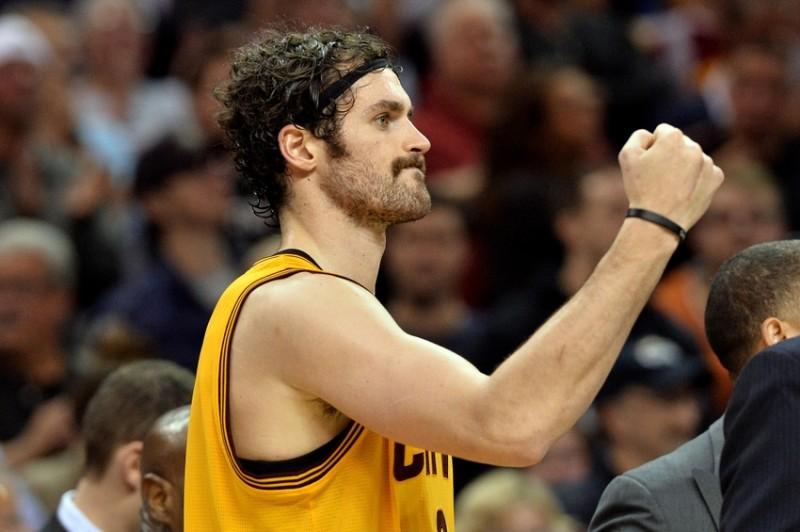 Since becoming a part of the Cleveland Cavaliers, Kevin Love has been all about sacrifices. He is the third fiddle in the team’s daunted Big Three, and he had no problems accepting his diminished role. He even said he’d go as far as mopping the floor if that’s what it took to win – although we all know what he meant with that one.

This season will be no different in terms of him sacrificing for the good of the team. In the Cavaliers’ game against the Charlotte Hornets, their first road win, Love sat out the entire fourth quarter to everyone’s curiosity. Some were concerned that he might have hurt himself, but apparently, it was all part of the game plan that Love himself willingly reinforced.

I told Coach I was ready, but keep those guys in, see what they can do. I just thought we were doing a great job. That team was rolling, those five that we had out there were rolling in the fourth. They did a great job.

That was really up to them, their decision, and I was happy with it because we won. I felt like, yeah, I was having a good game, but whatever this team needs to do to win, we’ll do it. So, we have a lot of guys who will sacrifice and that’s something that I did tonight and I’ll do it any other time as well as long as we can get a W.

Richard Jefferson ate up the minutes that were made available by the necessary void left by Love in the final quarter, and he was very appreciative of the All Star power forward’s selflessness. It was all about matching up with the opponents afterall.

He wants to win. I think all of the talk about him going other places and this and that, he knew this gave him his best opportunity to win and win now. That’s another indication of who he is as a person and player.

I think (the lineup) helped us match up. You had (Nicolas) Batum and Marvin Williams at the four. They went with a smaller lineup and we matched that. LeBron is used to playing one through almost five. I’ve been getting some work at the two, three and four. We had some versatility that allowed us to kind of match up with what they were doing.

Meanwhile, Coach David Blatt could not commit to deploying this strategy on a more regular basis.

Yes it is harder, and it was not a plan going in. It was a situational game time feel thing and again, Kevin gave us a heck of a game in the moments he played. Is it going to be the same thing next time? Not necessarily. We’re just going to try to play to win games and not think about anything else.

In just three quarters of play, Kevin Love was able to notch 18 points and 16 rebounds for the Cavs. LeBron James knew how important every tally was in Love’s scoresheet and every second that he was on the court.

We needed every piece of it tonight, obviously. So, his number was called a lot and when his number wasn’t called everybody picked up for him.

This year has been a very strong one for Kevin Love thus far. He has seen an increased usage and the results have been pleasant. He has regained his status as one of the game’s top power forwards. Indeed, the Cavaliers have rode his coattails and they enjoying every penny’s worth in his $110 million contract.

When the Big Three reunite sometime in December, Kevin Love, the good soldier that he is, will once again be in his corner, waiting for his next instruction.