Ohio State-Michigan will be LeBron James Vs Michael Jordan 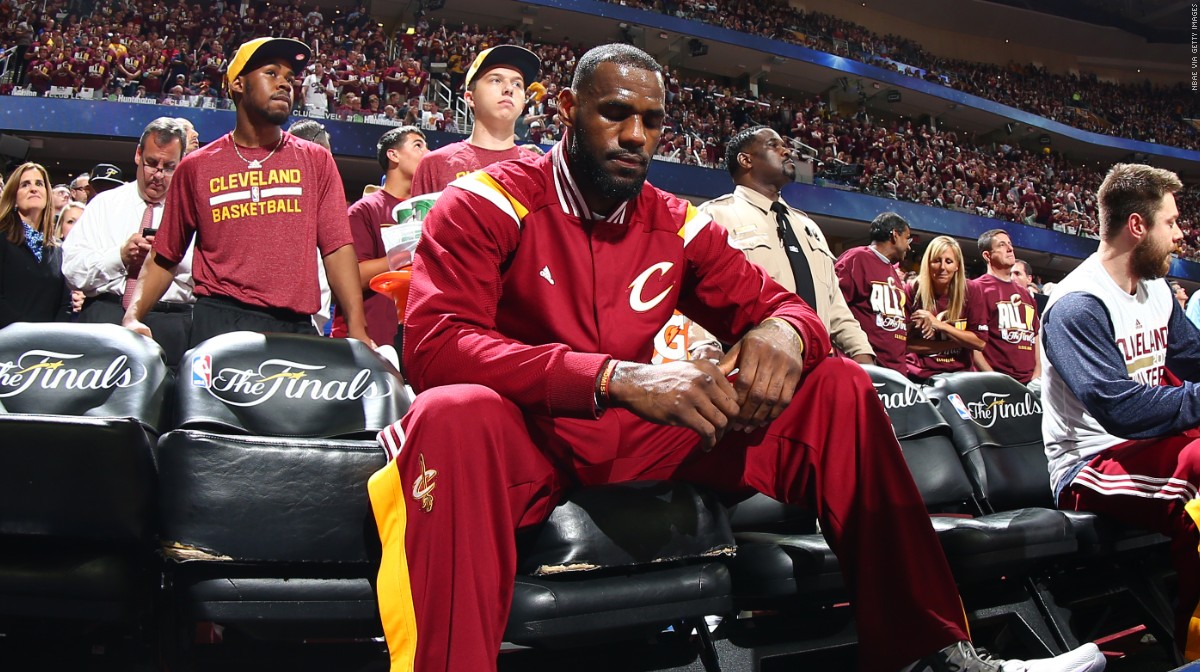 The most anticipated college football game is finally here, Michigan against Ohio State.

These two teams need no introduction, and their rivalry goes well beyond the football field. But despite their storied history consuming the day, another rivalry and talking point will be taking place on Saturday afternoon, LeBron James up against Michael Jordan in a cleat war for the ages.

News broke late last night that James had organized Ohio State cleats with his brand on it. This has created a new talking point, as the Buckeyes will now take to the field sponsored by an NBA legend as well.

Earlier this year, Michigan became the first college program to be sponsored by the Jordan brand, as it had the air Jordan “Jumpman” logo sewn into their jerseys and gear.

Now, the apparel game is a level playing field, with both outfits entering the game with legendary backing behind them.

This isn’t something out of the blue, and James told Cleveland.com that this has been in the works for some time now.

“We’ve been trying to do this for a while now,” James said. “I actually was trying to get a cleat on Ted Ginn in the national championship back when he was at Ohio State and he broke his foot on the kick return. Probably would’ve saved him, but uh, it wasn’t ready, it wasn’t quite ready.”

The timing couldn’t have been better, as it has rekindled the debate and comparison between James and Jordan that dominates the NBA every passing season.

“It’s just a coincidence that obviously the other team is in Jordan gear,” James said.

The internet was filled with pictures of the new Buckeyes cleats, which are the football version of James’ latest shoe, the Solider 10s. They are red and black with a silver trim, and James stated all the players should have already received a pair.

“A lot of guys have the option (to wear them),” James said. “I believe they all received them yesterday. It’s been something that’s been in the works for years now. We finally were able to put together a shoe and work with the Nike football lab to put a cleat on there. It’s always a hard process when you turn a basketball shoe into a cleat, so we finally were able to find a shoe that fits the Nike lab football cleat.

“And then we had those guys wear test them yesterday at practice, and for the guys that want to wear them, they can. They have so many shoes, they can decide what they want to wear as well, so. It was just like, great timing, I guess, that it came together when they were playing Michigan in the biggest game of the season.”

Two things are certain to come out of Saturday afternoon. One, it is going to be one helluva game, and second, it is going to continue to add fuel to the fire of who is the NBA’s all-time top dog.

With James putting in arguably the greatest individual finals performance in NBA history this past June, the James Vs Jordan debate has gained as much attention and momentum as ever before. The race for James to be the greatest ever is heating up, but the shoe game is also a race he wants to win.

Saturday afternoon should be an epic one, strap yourself in, James against Jordan is upon us. 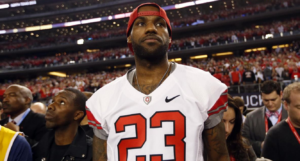