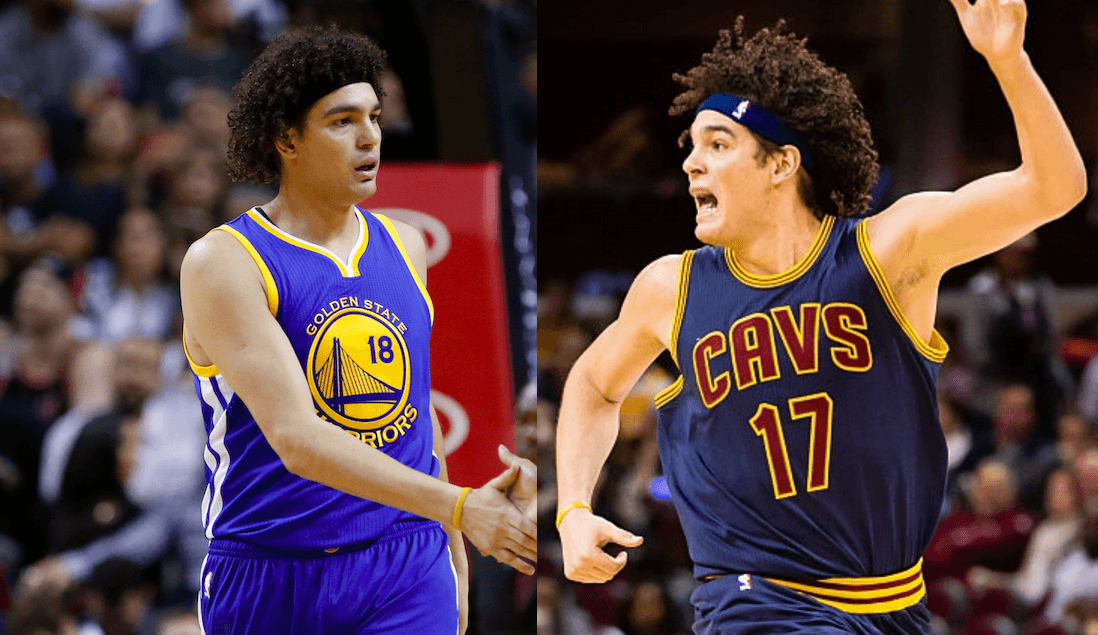 It’s not uncommon to see championship contenders trade for or pick up players that will give them that “one missing piece.” For the Cavs it was Channing Frye, acquired at the trade deadline buzzer in mid-February, and he’s been an absolute godsend.

Cleveland, however, had to give up its longest tenured Cavalier and easily a fan favorite in Northeast Ohio. The Cavs traded Varejao to Portland, who then released him almost immediately. Andy, then chose to sign with the Golden State Warriors, of all teams, in pursuit of an NBA Championship.

Letting Andy go hurt a lot of fans, but him signing with the Warriors, infuriated them others as well. Of course, Varejao had the option to go anywhere he wanted and the defending NBA Championship wanted him. Wit the feeling being mutual, it was almost a no-brainer for him to join the Warriors. Fast forward almost three months, and Anderson Varejao is one win away from a guaranteed championship ring.

Varejao played 31 games for a Cleveland team that was still trying to figure out how to play with Kevin Love, Tristan Thompson, and Timofey Mozgov. He was little used in those 31 games, and ended up with Golden State, where he played 22 regular season games after being picked up.

With the Warriors now one victory away from the NBA Finals (as well as one loss away from elimination), Anderson Varejao could very well face his former team in the next round. Again, the Thunder will have something to say about that tonight, but with the Warriors favored by 7.5 points at home in the decisive Game 7, it’s difficult to go against them. It’s going to be a hard fought series, and although many media outlets and oddsmakers have the Warriors as the favorites, the Cavaliers hare hungry to show what they can do with a healthy roster. Regardless of whether its a Cleveland or a Golden State victory, Anderson Varejao will come out a winner.

Back in 2010, as Steve Henson of yahoo Sports reports, the San Francisco Giants traded Bengie Molina to the Texas Rangers mid-season. Fast forward a couple months later, and Molina was the first player in MLB history to appear in the World Series and play against a team he played for earlier that season.

Varejao is the last player I can recall who will have played on both teams in the same year who are in the NBA Finals. It would probably look best with a big “C” on it though ;). 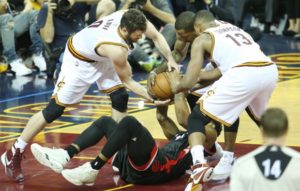