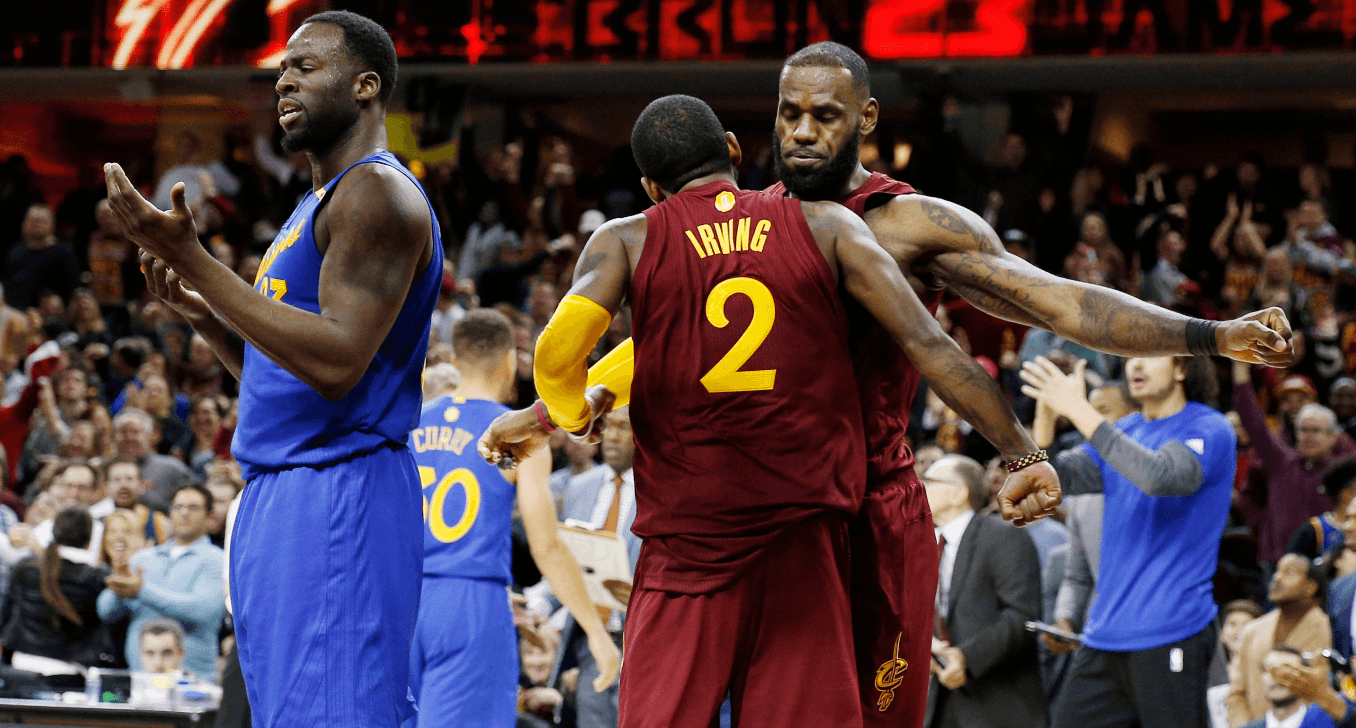 Chemistry between teammates is undoubtedly one of the most important components of any NBA team. After playing together for some time now, Cleveland Cavaliers superstars LeBron James and Kyrie Irving are becoming more in-tune with one another on the basketball court than ever before.

One reason behind the improved on-court compatibility between the two Cavs stars comes from Irving’s study of James’ former teammate Miami Heat, Dwyane Wade, who now plays for the Chicago Bulls.

Irving has been studying film of James’ days with the Miami Heat and his first tenure with the Cavs from 2003-10, looking for situations where teammates would set him up. The play that led to James’ massive late-game dunk against the Warriors on Christmas was the result of the same type of action James used to run with Dwyane Wade on the Heat.

He used to do that with Mo Williams even before [Wade], they used to run that play,” Irving said. “He used to get major dunks on that. I watched them.”

Irving has made huge strides in setting up his teammates. So far this season, Uncle Drew is averaging 23.9 points, 6.0 assists, 3.6 rebounds, and 1.1 steals per game. Irving was already known as an incredible scoring talent, but now that he’s making a conscious effort to facilitate for his teammates, the Cavs are presenting even more of a threat to opposing sides.

In fact, December was Irving’s best month of passing in his career (7.8 assists per game in the month of December). The King himself has taken notice of Irving’s improved court vision. Windhorst recants James’ praise for his point guard.

It’s the evolution and growth in my point guard,” LeBron James said. “He’s studying the game, he’s watching the game, and now he’s actually going out and playing the game. Just read and reacting, and just continues to get better every single day, every single month. And he’s showing that.”

I’ve always said he can’t just come down and control the game with his passing like Jason Kidd or Magic Johnson or something like that,” Lue said. “He has to look to score, and then when he gets into the paint, that’s when his passing opens up.”

When you play alongside LeBron James, you may not be the leading assist man on the team. Irving knows that, and the crafty point guard should indeed continue shooting the rock, as Coach Lue says.

Irving told ESPN with regards to his on-court rhythm and confidence:

I’m confident enough to get my shot off anytime; now it’s more about making sure everyone feels in a good rhythm,” Irving said. “You see all those eyes turn to you and you command so much attention, you have to make the right play.” 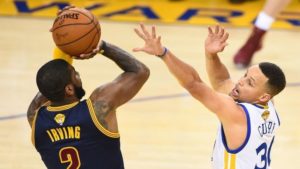