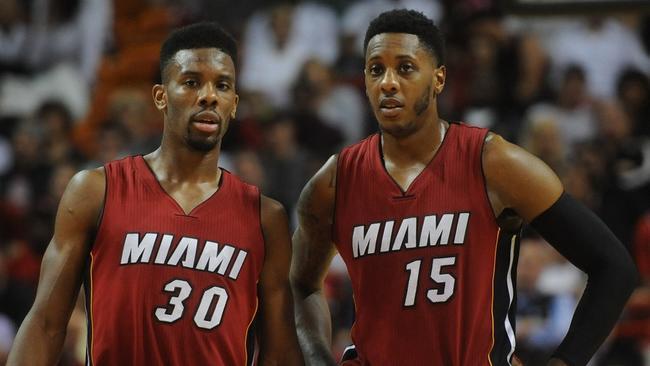 Training camp fast approaches and the Cleveland Cavaliers still carry a number of questions regarding their roster.

Leading the way is J.R. Smith’s free agency, and not far behind is the status of Mo Williams. The Cavs’ backup point guard has reportedly contemplated on retirement, although nothing has been made official.

With that being said, rumors have swirled around as to who the defending champions might tap to fill in the slot that could be vacated by Williams. A couple of names come up in conversations, per Ira Winderman of the South Florida Sun-Sentinel, and these are former teammates of LeBron James in Norris Cole and Mario Chalmers.

Interestingly, these two court generals manned the one spot in James’ back-to-back champion Miami Heat teams with Chalmers being the designated starter.

The former Kansas Jayhawk last played for the Memphis Grizzlies, but his ties with the team was abruptly cut when he suffered an Achilles injury. On the other hand, Cole was a member of the New Orleans Pelicans last season.

Should Mo Williams call it quits, and any of these two players get to sign in Cleveland, the next question would be who’s going to back up Kyrie Irving. Will coach Tyronn Lue opt for an experienced former champion or will he give rookie Kay Felder more exposure?