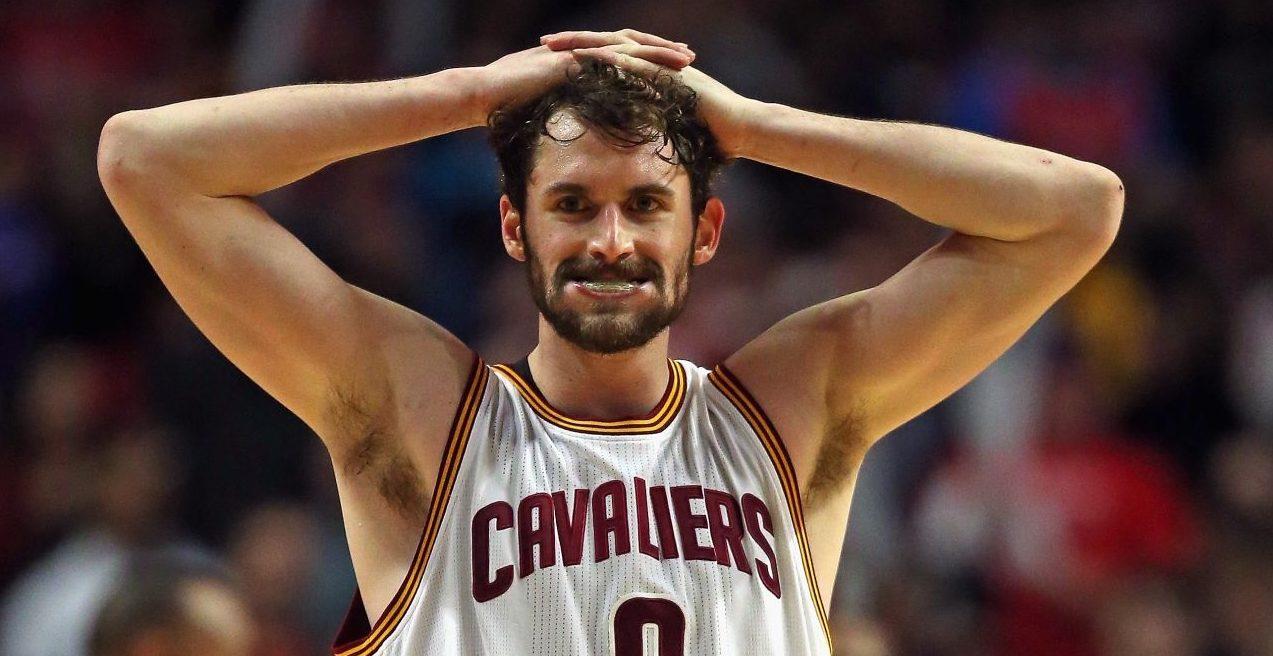 With 5:23 left in the fourth quarter of their Game 1 matchup, Cleveland Cavaliers forward Kevin Love was called for a foul on Norman Powell. However, he was the one who went down on the floor after taking a shot to the groin.

After seeing the incident on replay, speculations have emerged that the Toronto Raptors guard may have intentionally tried to take a nut-shot on him, especially being frustrated that they were getting blown out by the defending champions. Others are not totally convinced with it though, and saw it as purely accidental contact as his arm got stuck between Love’s legs.

You be the judge.

The good news for the Cavs is Love was able to stand up and shake it off quickly. No reports have surfaced as well that he suffered an injury or is in pain because of the hit he took.

Love played a solid game on Monday as he finished with 18 points, nine rebounds, and two steals. He also made timely baskets that staved off the runs made by the Raptors to get back to the game.