No Longer A Rookie: David Blatt’s First Year In The Books 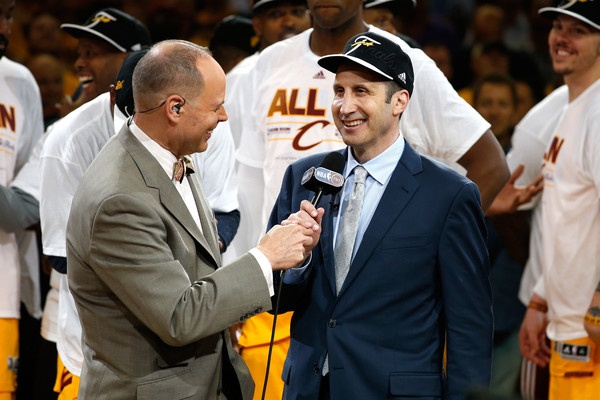 Fresh off a 4-2 Finals loss against the Golden State Warriors, the Cleveland Cavaliers are now shifting their focus to the soon-to-be free agents on the roster, 10 of which are up for new contracts. Some attention has also shifted onto head coach David Blatt, who in his rookie year led the Cavs through a season full of ups and downs. While he did lead the Cavs to the finals amid a season full of attention that comes from having 3 all-stars on the roster, NBA coaches are easily replaced when expectations are not met. Especially when the expectations are Championship caliber, coaches of teams such as the Cavs will always be under hot fire. But how exactly did Blatt do in his first year?

Blatt was introduced as the head coach of the Cavs on June 25th back in 2014. At the time, expectations were low, but once LeBron decided to come back on July 11th, expectations went sky high. The trade for Kevin Love made Blatt’s job that much harder. It’s a difficult job for head coaches when all-stars join a team due to the expectations that arise. When the Los Angeles Lakers signed Steve Nash and Dwight Howard to join Kobe Bryant back in 2012, expectations were through the roof. The team had a rough 1-4 start to the season, and coach Mike Brown was fired.

When the 2014-2015 Cavs started 19-20, there were rumors of a coaching change, although these rumors never held any weight. Many directed the blame of the 19-20 start toward Blatt, as it seemed impossible that a starting lineup of Kyrie, Dion Waiters, LeBron, KLove, and Varejao would lose more games than they win. At the same time, Blatt had to deal with a bench of old veterans and rookies, which explains why Blatt went through so many different rotations at the beginning of the season. He even started Mike Miller and Shawn Marion for a few games, to try to find a good rotation. The already struggling Cavs faced another decision to make: Varejao went down with a season ending injury, and that brought the reliable but young Tristan Thompson into the starting lineup, leaving Brendan Haywood as the only true back-up big off the bench.

When the Cavs acquired JR Smith, Iman Shumpert, and Timofey Mozgov, they killed two birds with one stone. They got a center to replace Varejao in Mozgov, and they traded away a headache (Waiters) for a shooter and a defensive specialist in Smith and Shumpert. Since Shumpert was injured at the time of the trade, Blatt started Smith and Mozgov with the Big Three right away, which proved to be a great move. The Cavs would go on a 34-9 stretch following the trades, making up for the slow start to the season and taking the Eastern Conference by storm. Yes, the additions of Mozgov, JR, and Shump made a huge difference, but Blatt’s coaching also contributed to the great second half of the season. The trades were a turning point, as Blatt figured out a rotation shortly after, and stuck to it.

Come playoff time, Blatt stuck with the same rotation he had played in the second half of the season, even though the Celtics were able to get at the Cavs weaknesses a bit. Blatt was forced to once again adjust the rotation once KLove was declared out for the rest of the playoffs.

Once again, Blatt adjusted the minutes each player was getting in the Chicago series, which worked out in favor of the Cavs following the adjustment. He was also forced to start Shump for games one and two, since JR was suspended for hitting Jae Crowder in the series against the Celtics. Kyrie got injured in the game six clincher against the Bulls, though, and Blatt was forced to increase Delly’s minutes.

Blatt had to adjust the rotation and the plays on the fly against the Hawks in the Conference Finals, since Kyrie was in and out of the lineup due to the injury he sustained in the Chicago series. James Jones was brought into the rotation to make up for the loss of KLove, while Delly’s and Shump’s minutes increased to offset the loss of Kyrie.

As we all know, the Cavs made it to the Finals mostly without Kyrie or KLove. While much of this can be credited to LeBron’s dominance on the court, but Blatt deserves recognition for his ability to adapt according to the situation. He failed to do so in the Finals, though, when the Warriors played small ball and Blatt kept Mozgov, a center, guarding Andre Iguodala, a SF. Although the Cavs did not wind up winning the Finals, Blatt made it among a short list of head coaches to lead a team to the Finals in the first year of coaching.

David Griffin talked about the incredible job done by Blatt in his first NBA coaching: 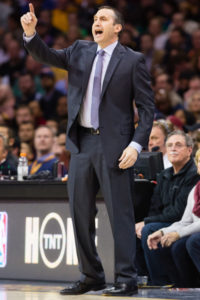 In the end, Blatt did decently well with the roster that he was given. Aside from the three All-Stars and four decent playmakers (Shump, JR, Mozgov, Thompson), the rest of the team consisted of average bench players, at best. Blatt approached the season with a desire to run a modified version of the Princeton offense, despite some issues with learning the offense at the beginning of the season. In addition, he was not very well known for his defensive specialties, but the Cavs played decent defense in the second half of the season. Also, it is mighty hard to coach LeBron, who is almost like a player-coach. Having LeBron and Kyrie on the same team makes it just that much harder, since both players like to run isolation plays from time to time.

While Blatt did a pretty good job coaching the team, the relationships between Blatt and the players were often looked at very closely. A few times throughout the season, it seemed as if LeBron was not satisfied with Blatt as the coach, and there were rumors that LeBron often veered away from Blatt’s sets, instead calling plays himself. Additionally, in the playoffs, there were reports that the veterans of the team felt that Blatt should’ve expanded the rotation and played more than seven players. They believed that fatigue was part of the reason that they were losing games.

Despite all of this, the biggest issue currently at hand is the tension that was clearly seen between Blatt and LeBron during the Finals. A cameraman picked up Blatt drawing a play in the huddle and LeBron shaking his head, as to say “No” to the playcall. Blatt then proceeded to erase the previously drawn play and draw up another play. This just goes to show how difficult Blatt’s job is- he has to be a leader and coach for the team while also dealing with LeBron, who understands the game in some ways that others don’t see. Some people view him as a placeholder coach, despite his success abroad and in his first season. Blatt wasn’t smart to rely on Delly so much in the Finals, despite his success in a few games. He couldn’t have expected so much from a backup player whom they were trying to replace prior to the trade deadline.

Overall, Blatt did pretty well in his first year as head coach, although there is room for improvement. It seems that for the time being, LeBron is fine with Blatt as head coach. At the same time, Blatt could be easily fired at a moment’s notice, at the liking of LeBron, GM Griffin, and Dan Gilbert who’s also a big fan of the coach. With a more well-known coach, LeBron would not have the freedom that Blatt gives him. This is why, despite LeBron’s desire to pick his coach, he is alright with Blatt at the position. It will be interesting to see the moves Blatt and GM David Griffin make in Free Agency, which will foreshadow the team’s success going into next season. 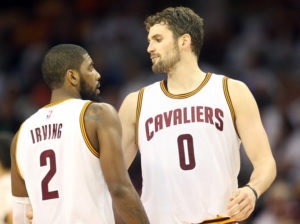