NFL Star Believes He Is The LeBron James Of The NFL 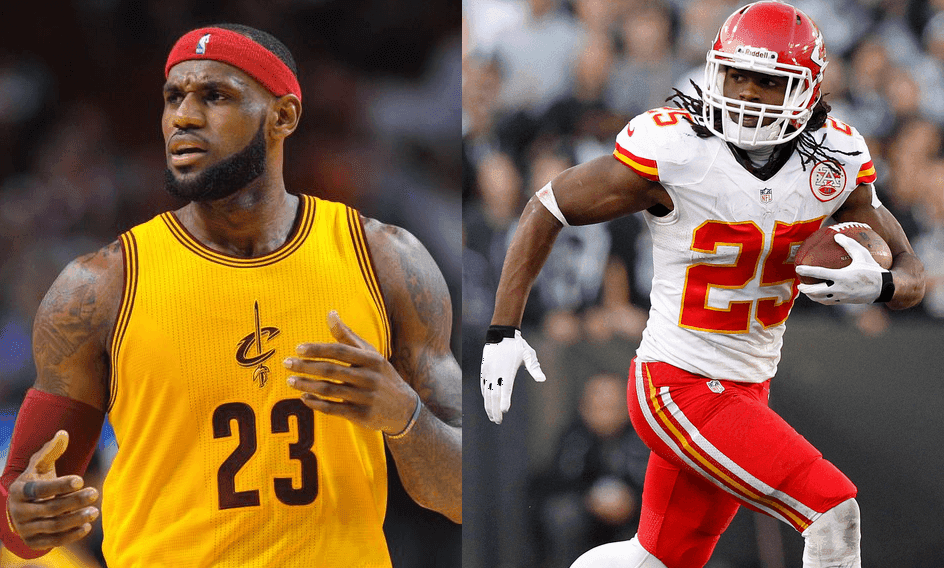 The NBA and the NFL have produced some of the greatest athletes the world has ever seen. From the fastest and strongest players to the witty and intelligent on court ones, the two sports have always brought out the best athletes from around the world.

Kansas City Chiefs running back Jamaal Charles finished a third straight 1,000-plus yard season. Since being named the Chiefs’ starter back in 2009, the only time he wasn’t able to hit the 1,000-yard mark was 2011, when he tore his ACL during second game. When he’s at his best, however, Charles is easily one of the NFL’s best and most consistent runners. He likened his greatness to an NBA star.

Jamaal Charles: "Sometimes I feel like I'm the LeBron of football, because I can do so much."