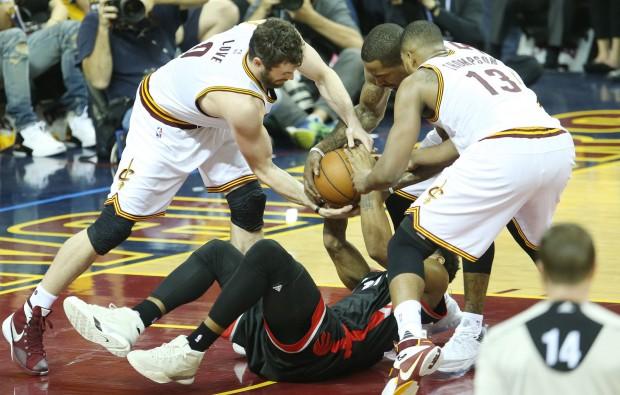 Making Intangibles Tangible with Hustle Stats and the Cavaliers.

As fans, we often talk about “intangibles,” utilizing the eye test in judging players. Until recently, these types of plays remained just that — intangible. However, after a successful trial period in the 2015 Las Vegas Summer League, the NBA has begun reporting “Hustle Stats” for this postseason. Using SportVU data, fans are able to get a glimpse into the game-changing plays that don’t necessarily show up in any stat columns.

First, we should get to know what these Hustle Stats entail. “Screen assists” are merely screens that lead directly to a made basket. Some are even more simple, like the self-descriptive stats of “loose balls recovered,” “balls deflected,” and “charges drawn”. For “shots contested,” however, a formal definition had to be established for what really constitutes contesting a shot. In the published Hustle Stats, the NBA uses the criteria that a player, “closes out and raises a hand to contest a shot prior to its release,” which does leave a lot of room for subjectivity. A player just meandering toward an opponent with a hand limply in the air may be credited with a contested shot just as a player challenging a shot like the game depended on it would.

All in all, though some of the stats might be shrouded by subjectivity, they collectively begin to give the fans a better look into effort plays from teams and players. A key point of note before I go on; as these started in the postseason, these have small and varying sample sizes for the league. The Pistons and the Grizzlies have played only four games, where the Raptors have already played 20 games. To avoid bias from small sample sizes, these stats are really only useful so far in comparing players on the same team or in terms of comparing teams that made it far into the postseason. 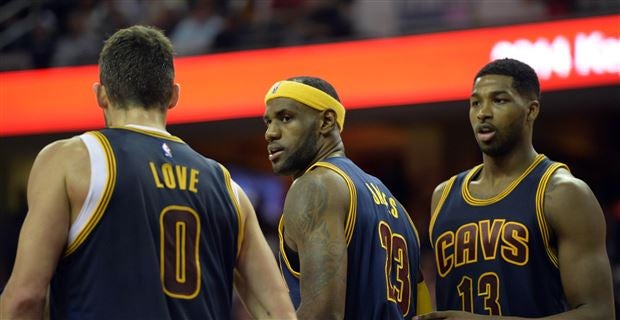 So, who are Cleveland’s go-getters? Despite the valid criticism surrounding them regarding their performances in Games 3 and 4 of the Eastern Conference Finals, both Kevin Love and Tristan Thompson have been at the top of almost all of the Cavaliers’ Hustle Stats.

Thompson’s strong numbers aren’t much of a shock — he plays high-motor, durable basketball with a good sense of positioning that he often uses to secure offensive rebounds. Love, however, is an interesting case given the regular season scrutiny.

Since becoming a Cavalier, Love’s effort was questioned, especially off the ball and on defense. Through 2016 playoffs, however, Love showed energy and engagement, even if shooting abysmally from inside at times. Despite the relative lack of Hustle Stats from Games 3 and 4 in the Conference Finals, he’s been one of their most hustle-based players so far, in terms of these numbers. If he continues to be aggressive, like in his recent All-Star-caliber performance in Game 5 of the Eastern Conference Finals or in his sound Game 6 that allowed the Cavs to close out against the Raptors and progress to the Finals, one can expect him to continue to top the Cavs’ lists. 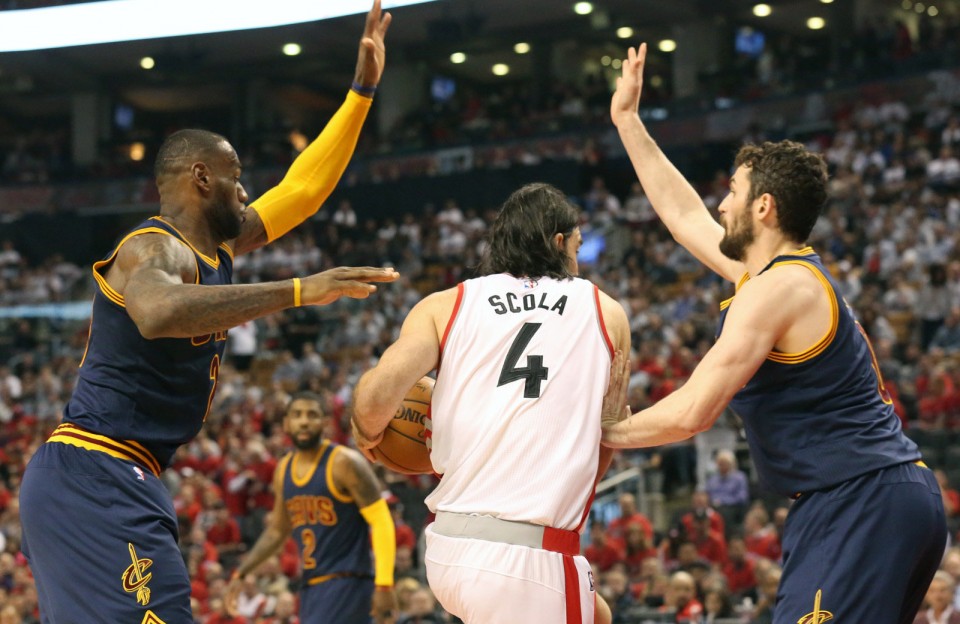 As a team, the Cavaliers fall in the middle of the pack in terms of Hustle Stats compared to the eight teams that made it to the second round. The Cavaliers are fifth in screen assists, seventh in deflections, third in loose balls recovered, fifth in charges drawn, eighth in contested two point shots, and third in contested three point shots.

This year, it has felt like the Cavaliers haven’t had to rely as much on pure effort and hustle. Last year, their style of play was scrappy, grinding, and effort-based by necessity. With the health they have this year, they’ve been able to utilize a more technical, open style of play with an emphasis on pushing the ball and ball movement.

They haven’t been required to pour their heart and soul onto the court as if the game depended on it yet, even in closer matches. As they march forward to the most important series of the year, though, a rediscovered emphasis on high-energy, hustle-based, dive-on-the-floor-like-2015-Playoffs-Delly plays while still maintaining a balance with what got them this far in the season might be welcomed. In the Finals, every possession matters. Every one of these Hustle Stats will help bring the Cavaliers closer to, as LeBron puts it, “getting one for the Land”.

All stats from https://stats.nba.com/hustle/. Check out the link to see where other players and teams rank