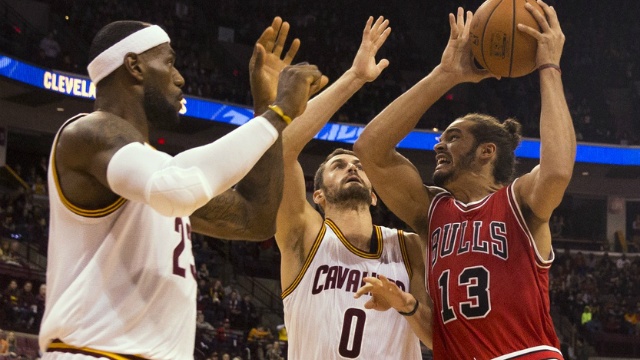 John Schumann of NBA.com has a very wise mind when it comes to analyzing the game of basketball. On the Cavs’ 2014-15 team preview, Schumann joined NBA TV to talk about the weaknesses of Cleveland’s defense despite reaching the East reaching the NBA Finals.

“The Cavs were the lowest-ranked defensive team to the make the finals since the league started counting turnovers in 1977. The Cavs ranked 20th in defensive deficiency and were below average at defending shots, forcing turnovers, and keeping their opponents off the offensive glass. Cleveland did improve defensively after trading for Timofey|< Mozgov and Iman Shumpert in January, but still didn't rank in the top 10 after those additions."

Aside from the horrible defensive work the Cavs need to improve on, Schumann did add a positive in the Cavs favor.

By these numbers, Cleveland wasn’t even supposed to make the Finals, but they did it while missing Kevin Love and Kyrie Irving for a handful of games prior. The Cavs even won two game and were up in the series with home court advantage. Ultimately, they ran out of gas and couldn’t handle the Warrior offense and fell 4-2 in the series.

But the Cavs are close. With just a few minor tweaks here and there, additions to the roster, and a healthy lineup, the Cavs should essentially be back in the Finals and be able to complete the task at hand which is winning an NBA Championship.