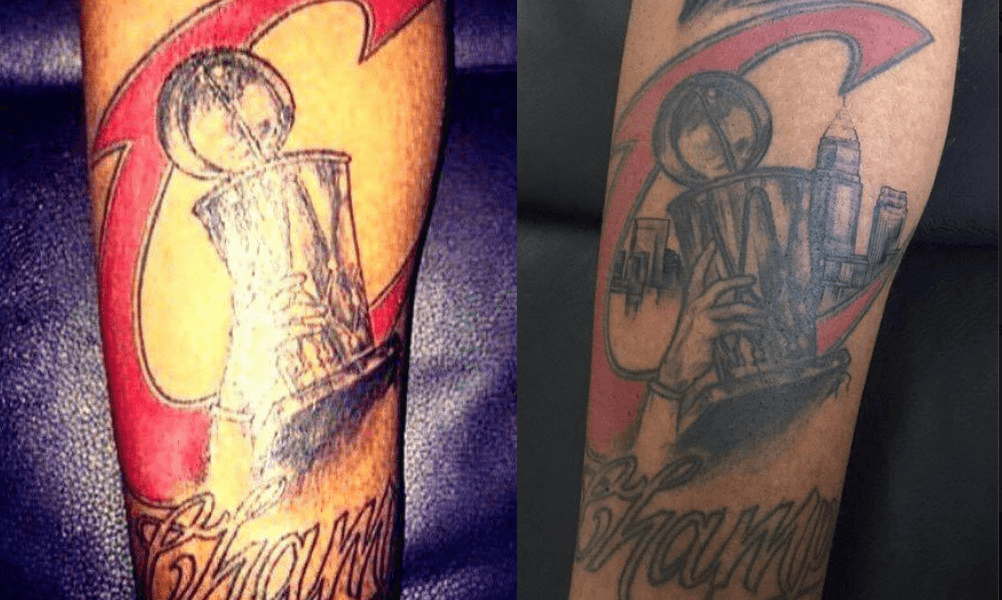 You may have seen a photo that went viral last year of a man who got a tattoo that read ‘Cavs 2015 NBA Champions’ ahead of the NBA Finals. It was kind of an embarrassing tattoo to have after the Cavs came up just two games short of the championship.

The Twitter account for the NBA on TNT tweeted out a photo yesterday saying ‘Retweet you have a better year than this guy,” referring to the guy with the tattoo.

He fired back, and apparently got his tattoo updated!

@NBAonTNT @warriors updated now see if y'all have a better year than me!!!! pic.twitter.com/HR9X9jWGgY

Well played sir! We approve that updated tattoo and hope the Cavs can get it done this year! 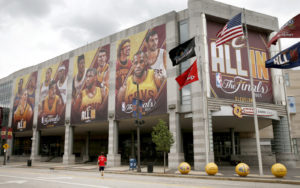 JUST IN: A Parade Down Euclid Avenue Also Means A Parade Of Demand For Businesses In Cleveland
Related TopicsCleveland CavaliersNBA Champions