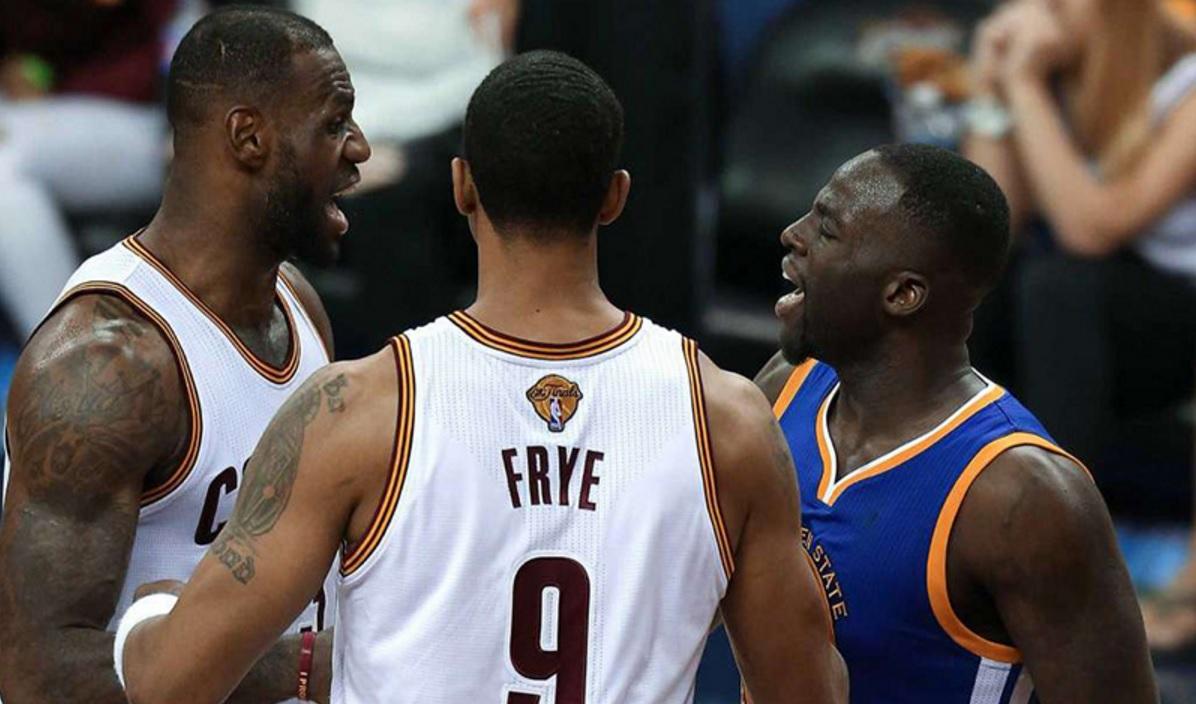 If you watched Game 4 of the NBA Finals on Friday night, Draymond Green was back at it again with his cheap shots. However, to everyone’s surprise (and kind of not surprisingly), it was a punch to the groin of LeBron James as opposed to a kick.

Looking at it live, the referees could not see the incident as it happened in a split-second. After they went to the replay, they still just called the play a double foul and both teams moved on. But watching the replay, it’s hard to say that Green didn’t take a cheap shot at James.

Didn't realize Dray had flung arm toward LBJ's groin when we had him on last night. Interested in @NBA reax https://t.co/1HiZk4lyb7

Also, I’m not going to just disregard that step-over by LeBron. He shoved Draymond down and in the heat of the moment, stepped over him and looked to help the defender guarding the ball on the wing. That’s when Green got up, swing upwards, and connected with James groin.

According to Marc Stein of ESPN, that the play is indeed being reviewed by the league for a flagrant foul.

Sources say the Draymond Green/LeBron James Game 4 incident is indeed under league review, but there is no known timetable yet for a ruling

On top of that, Eric Freeman of Yahoo Sports is reporting that a flagrant foul, which looks to be more appropriate than just a technical foul, is a real possibility for Green.

That situation means any league review that ends in a Green flagrant will keep him out of Game 5. The league could attempt to issue a lesser punishment again and assess the play as a technical — where Draymond has more wiggle room — but this incident should be looked at as a potential flagrant if it’s reviewed at all.

LeBron James was angrier about the words coming out of Green’s mouth and doesn’t really expect a suspension for Green.

“I don’t know what should happen. It’s not my call. That’s the league office. They’ll take a look at it,” James said. “We all saw it in the locker room. You know, like I said, as a competitor, I love going against Draymond, and I’m all about going out there and leaving it out on the floor. But when it gets a little bit more than what it should be, that’s what caused me to have words with him.”

As Stein mentioned, there’s no timetable on the league’s review of Green’s shot, but judging by how the league has allowed Green to get away with it this entire postseason, he’ll likely get off easy here as well. It’s tough not being a Golden State Warrior nowadays.