The NBA.com annual general managers’ survey was conducted over the past couple of weeks, and it has revealed that the Warriors haven’t earned the respect of the GM’s and that they still believe in the Cleveland Cavaliers.

There’s no reason to think the Cavs won’t win the championship if they remain healthy. Last year was basically lost due to the injuries of Kevin Love and Kyrie Irving. 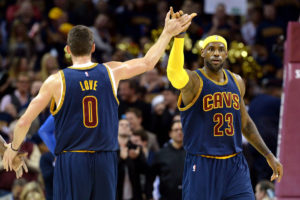