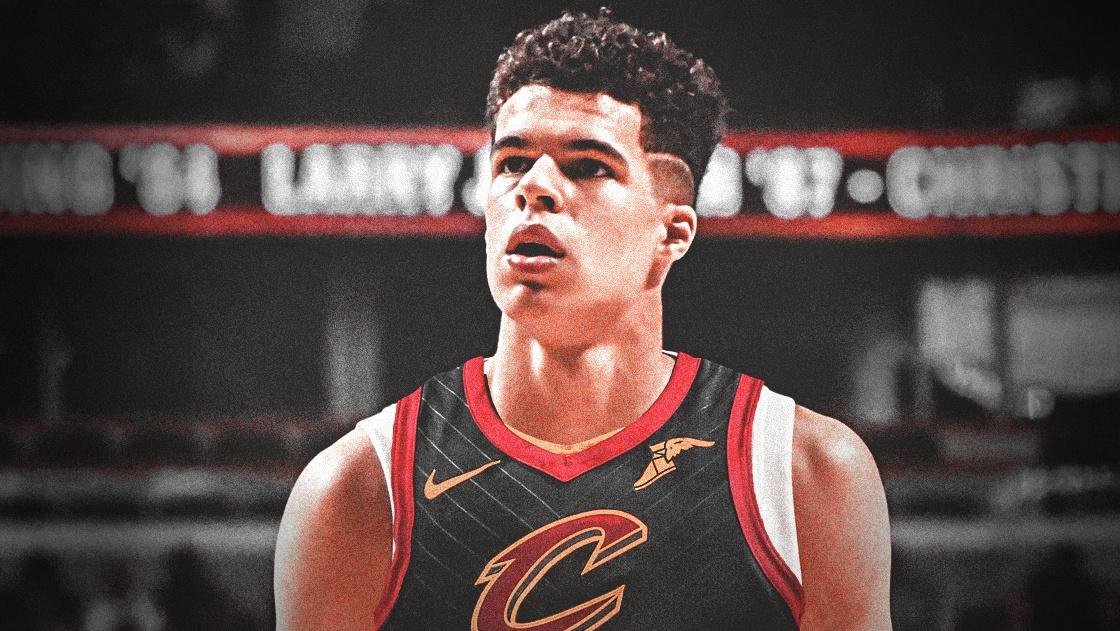 With the 2018 NBA Draft nearly upon us, Koby Altman, general manager of the Cleveland Cavaliers, and his front office have left no stone unturned. They have worked out a ton of players including Duke’s Wendell Carter Jr., Kentucky’s Kevin Knox, Alabama’s Collin Sexton, and IMG Academy’s Anfernee Simons.

After working out everyone and their cousin, Altman still was not content. Recently, assistant general manager Mike Gansey attended Missouri forward Michael Porter Jr.’s pro day in Chicago. This is the second time the Cavs have been linked to Porter, as they also met with him during the NBA Draft combine. Besides Sexton, there has not been a prospect the Cavs have shown so much interest in like Porter.

It does make sense, though. Heading into the collegiate season, Michael Porter was considered the best player in the 2018 Draft class. This was after being named as the Gatorade Player of the Year, Naismith Prep Player of the Year, USA Today’s High School Player of the Year, and a McDonald’s All-American in 2017 in high school. One of his best games came in the 2017 Nike Hoop Summit against top competition:

But things came crashing down for Porter two minutes into his Missouri debut. Soon after, he was ruled out for the majority of the season with a spine injury. He was able to return for Mizzou’s last two games of the season, but was not able to showcase much and only averaged 10.0 points and 6.7 rebounds.

After declaring for the draft Porter has garnered a lot of interest from plenty of teams in the top 10. This is because a lot of teams believe that he has fully recovered from his injury. But, with missing almost the entire season and plenty of other stars shining, Porter has fallen from his early-on #1 spot and can easily find himself in Cleveland next season.

If Porter does end up in The Land, there is a lot he can bring to the table. Today we will break down his strengths, weaknesses, and how Porter very well may end up as a future face of the franchise. With only a little bit of tape on Porter’s college career, it is hard to really pin down his true strengths and weaknesses. With his high school career barely in the rearview mirror, and if you buy into the hype, there is plenty to see what makes Porter so tantalizing.

Overall, Porter is a tall (6-foot-10), lengthy (7-foot wingspan), athletic forward that looks extremely comfortable in his body. He also is a polished perimeter scorer, who can also hurt teams when attacking the rim. He is an NBA analytics wet dream, as he has all the intangibles of a modern NBA forward. He is also comfortable at handling the ball and can act as a one-man fast break.

Porter also is oozing with swagger and confidence that is backed up by his dominant offensive game. He also went as far as to say during the NBA Draft combine that he was the best player in the draft, despite the injuries:

Porter is an offensive phenom and has a killer attitude to back up his game on the floor.

Other than scoring, Porter is a quality rebounder as well. In his short college career, he averaged a respectable 6.7 rebounds per game. These rebounding numbers show that Porter is super comfortable in his massive body, and could allow him to play either forward spot. Because of this, he has the potential to be a competent switch defender which is vital against modern NBA offenses.

Despite his refined offensive game being one of his biggest strengths, it also is one of Porter’s biggest weaknesses. Through his limited time at Missouri, Porter has at times drawn comparisons to Minnesota Timberwolves forward Andrew Wiggins. By this, it means Porter is a bit of black hole on offense. He only averaged a measly 0.3 assists per games while attempting 14.5 shots per game. Getting buckets is great, but Porter cannot beat NBA teams by himself like he did throughout his high school career.

The thing is, a lot of this may have been fixed if he was able to grow and develop while at Missouri. Missing out on a year of basketball, especially against NBA-level players, obviously set him back. Heading into the NBA, especially as a top pick, it will put a ton of pressure on Porter. With missing a year of development he may have a rocky start to his professional career. Because of this, there are some fears that Porter could be a player who gets buckets, but at the same time also gets donuts in the assist column.

The other major flaw in Porter’s game is his overall defense. Above, it was mentioned that due to his length athleticism, Porter could end up being a solid NBA defender. But, during his time in high school and college, there were times his defensive motor was questioned.

This issue reeks of Ben Simons during his time with LSU. Simmons was also questioned for his defensive attentiveness, and after a stellar rookie season defensively, his time in college could be chalked up to playing down to lesser competition. Until he sets foot on an NBA floor, the same will be said about Porter.

All in all, the Cavs would certainly be swinging for the fences if they elect to draft Porter come draft night. Other than Oklahoma’s Trae Young, Porter has the potential to be the biggest boom or bust prospect. This entirely hinges on him being 100 percent healthy after his injury, but things are looking up for Porter.

If everything does check out health-wise, the Cavs would arguably have a future rising star. Heading into college, the NBA player Porter drew tons of comparisons to Kevin Durant. While those are pretty lofty expectations, it is easy to see why.

He would provide a high-flying scoring punch for the Cavs, from attacking the basket to all the way from beyond the arc. If coupled alongside LeBron James and Kevin Love, the Cavs would have one of the best 3-4-5 crews in the NBA.

But, even if James does leave and Love is traded, Porter could also be a cornerstone and a future face of the franchise. As mentioned before, with all the potential Porter oozes with he could carry the torch for the Cavs for quite a while. It all just depends if the Cavs are willing to gamble on the health risk on the aspect of star potential. But, as long as everything pans out for both Porter and the Cavs, the future would look extremely bright.