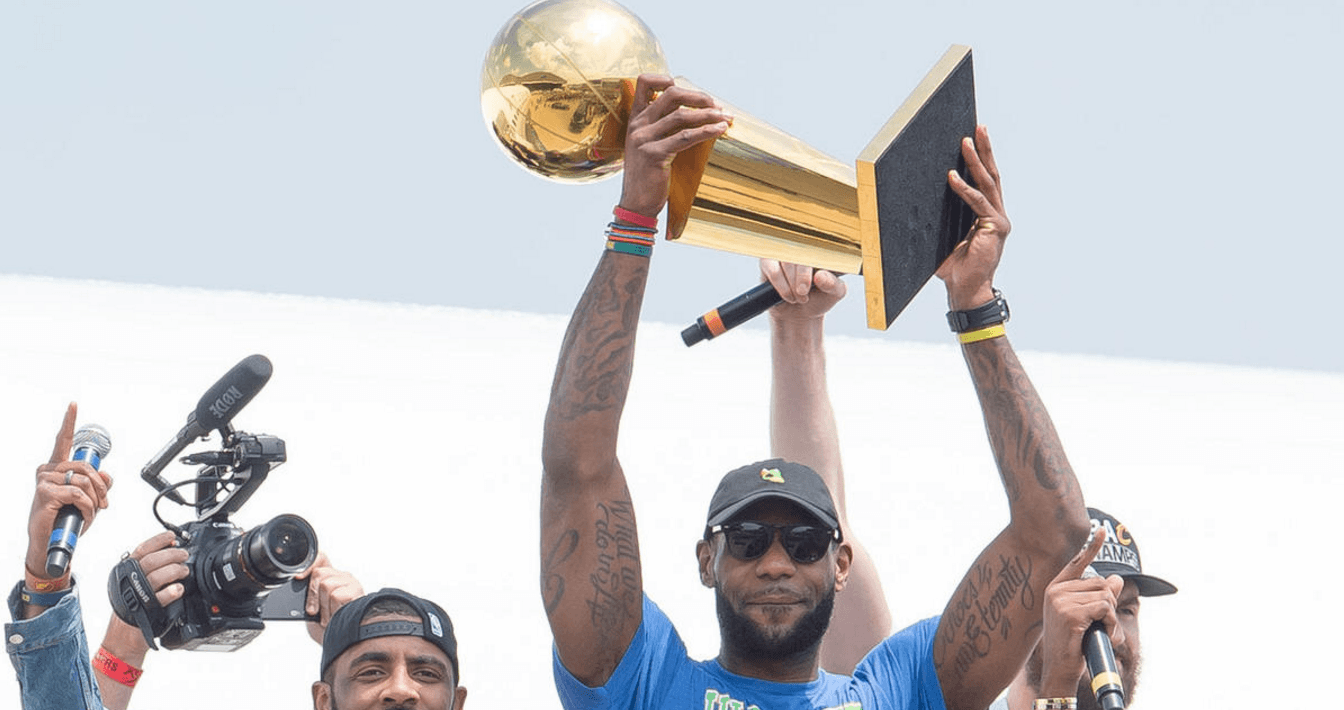 The Cavaliers have arrived in Cleveland and the party as begun. The Cavs walked off the plane with the championship trophy, something this city hasn’t seen in over 50 years.

LeBron James, who was highly scrutinized for leaving Cleveland to win a title in Miami, returned home and won one for The Land. And he returned in style, wearing an Ultimate Warrior shirt as well as that Kermit the Frog “But That’s None Of My Business” hat. 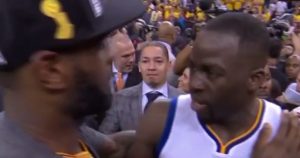