MUST-SEE: J.R. Smith Actually Signs A Pipe For A Fan J.R. Smith has had a crazy history from his time in Denver and New York, but in Cleveland, he’s been a man on a mission to win a championship. Although Smith has just completed that goal, a previous issue has turned into an inside joke.

A few years ago, Smith had a Twitter conversation that was screenshot and posted for everyone to see. Well, on Thursday, J.R. Smith had an autograph signing, and he got a funny request about the pipe incident, which is now basically a joke.

RELATED: J.R. Smith Gets Extremely Emotional Discussing His Parents And His Journey

Here is that screenshot from a few years ago. 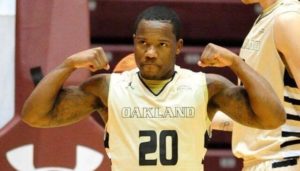