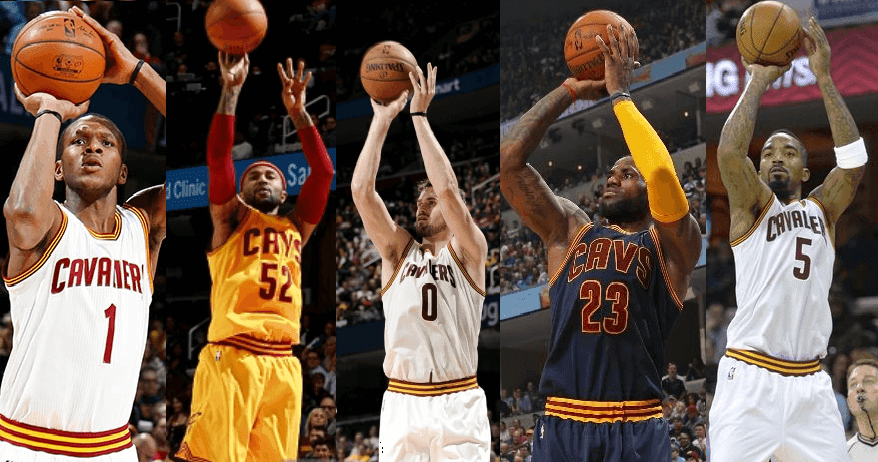 The Cleveland Cavaliers are easily one of the best teams in the NBA this season after reaching the NBA Finals last season and compiling a 22-9 record to start this 2015-16 season. Players like LeBron James, Kevin Love, Kyrie Irving, and J.R. Smith have been breaking a few records here and there.

During Saturday night’s game against the Magic, the Cavs knocked down 12 three pointers, and it came from more than a couple of players as everyone got in on the action. It was very fun to watch with Cleveland blowing out the Orlando Magic for the third time this season and for the 13th consecutive time.

It was so impressive, that I decided to do some random stat-digging (you can follow me @TomerAzarly on Twitter for more stats). What I came with was a pretty impressive set of stats for six players, but all in one single category: more than five players made jumps on the NBA’s all time three-pointers made list in the same game.

To start, LeBron James hit 4-7 three-pointers against Orlando, giving him 1,284 career triples and moving him past Mookie Blaylock for 35th on the all time list.

J.R. Smith hit just 1-of-5 from downtown last night, giving him 1,528 for his career and tying him with Nick Van Exel for 22nd on the all time list.

Richard Jefferson connected on 2-of-4 attempts from beyond the arc, giving him a total of 943 career triples and sole possession of the 98th spot on the all time list.

All stats were researched up via Basketball Reference.