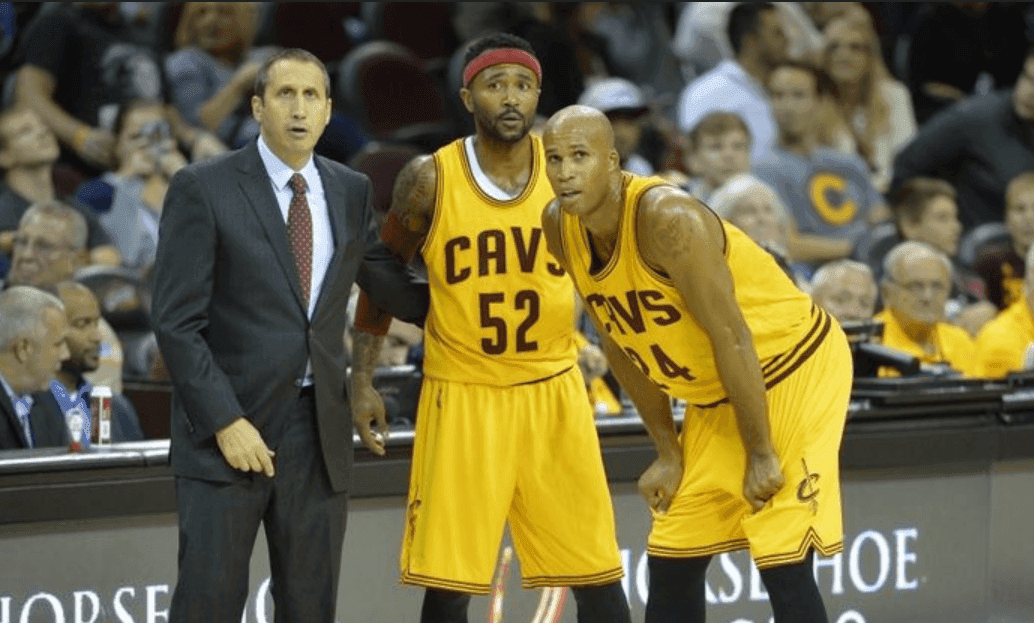 In what was considered to be a very quiet offseason for the Cavaliers, other than the resigning of their core players, they made two additional signings; veteran players that were expected to come in and contribute right away. They brought back point guard Mo Williams who spent time in Minnesota and Charlotte last season. Moreover, the last time he appeared in a Cavaliers uniform was during the 2010-2011 season before he was traded to the Los Angeles Clippers. However, Williams was not the only veteran signee this offseason. LeBron James has been very vocal about how his minutes need to be reduced so he can stay fresh for the playoffs. Because of this, the Cavaliers picked up small forward Richard Jefferson who most recently played with the Dallas Mavericks.

RELATED: Richard Jefferson Bares It All In Interview

Williams was brought in to be the backup point guard to Kyrie Irving. The team so desperately needed consistent play from a backup, which is a big reason why they signed him. However, Irving is still nursing a knee injury that he suffered in Game 1 of the NBA Finals last year, therefore Williams has started in most games for Cleveland so far minus a few games that he has had to sit out due to injury himself. On opening night, he showed a glimpse of things to come. He dropped 19 points in the opening road loss to Chicago.

The Cavaliers reeled off eight straight wins after dropping their first game and Williams played consistently in most games. He had a couple of standout games during that eight game win streak. He struggled in games two and three of the season, but he dropped 20 points on 80% shooting in a road win over the 76ers. Just four games later, he scored 29 points on 88% shooting. During Irving’s absence, Williams has averaged 15.5 points per game, 5.3 assists per game, and has grabbed 3.5 rebounds per game.

Jefferson was signed to provide solid minutes as James’ backup at the small forward position. He has also started a few games this year as well. He has done a great job providing a spark off the bench for the Cavaliers. He was their highest bench scorer during their opening night loss with 10 points. During the winning streak, he had a night where he finished with 17 points off the bench in a home win against the 76ers.

For any NBA team, consistency is key and that has been the case for the Cavaliers during their early success. While the contributions from Williams and Jefferson have been a huge help, it is obviously not just them with players like James, Kevin Love, and others on the roster. Additionally, the Cavaliers would have a similar win-loss record even with a healthy Irving and Iman Shumpert on the court and that is due to the fact that they were already on a winning streak.