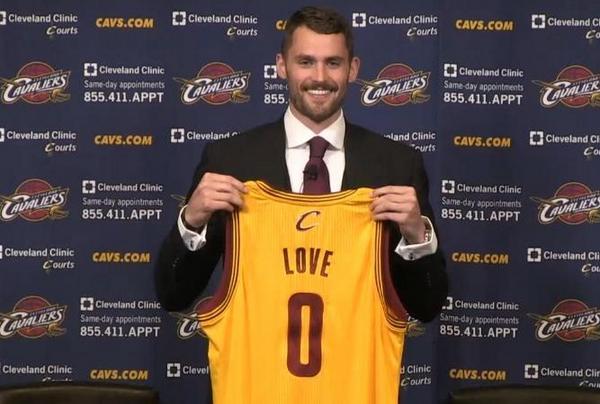 The trade sending Kevin Love to the Cleveland Cavaliers in exchange for Andrew Wiggins and Anthony Bennett was finally finalized last week. The trade has been in the talks for over a month now but could not be completed due to the fact that Wiggins signed a rookie contract with the Cavs, which prevented him from being traded immediately under NBA terms. During a recent interview with sports radio 1500ESPN, Minnesota Timberwolves owner Glen Taylor had some departing words for Love:

Despite the harsh criticism and salty remarks, Kevin Love responded in a very classy manner:

“I think emotions are definitely running high right now. For Glen to say that, I just think that he should be focusing on the players that he just received,” he said. “I mean, he has two of the No. 1 picks in the last two drafts: Andrew Wiggins and Anthony Bennett. He has another guy who can really play in Thaddeus Young.

I think he got a lot for me. So I’d be focusing even more on that. More than anything, I’m just excited to start my time in Cleveland, get to work with my new teammates, and start with this new family here.”