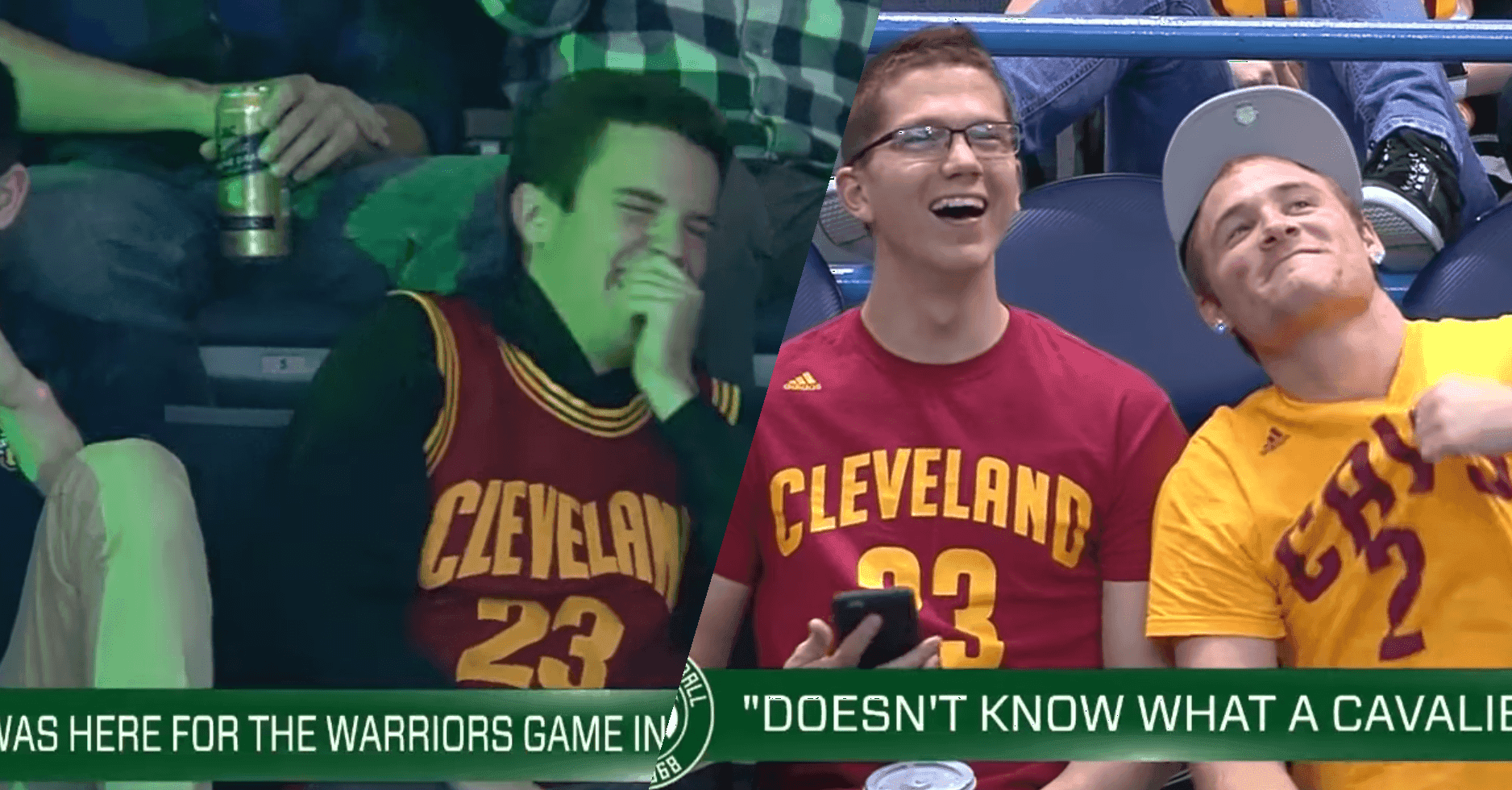 On Tuesday night, the Cleveland Cavaliers squared off against the Milwaukee Bucks inside The BMO Harris Bradley Center for an interdivision matchup, resulting in a 118-101 victory for the home team.

During the game, several local Cavs fans in attendance were put on Milwaukee’s “Bandwagon Cam”. In a series of camera shots, fans wearing Cavaliers jerseys were singled out for a little bit of trolling.

Milwaukee’s Bandwagon Cam is known for giving fans of the opposing team a hard time. In a home game against the Golden State Warriors on December 19th, The Bandwagon Cam trolled Warriors fans with 3-1 come-back jokes, referencing their defeat at the hands of the Cavaliers in last year’s NBA Finals.

Quicken Loans Arena, Cleveland’s home court, is one of the best in the business when it comes to fan interaction. The Kiss Cam on the new Humongotron often catches unsuspecting couples on-screen during breaks in the action.

Fan interaction is an important aspect of the NBA experience. The Cavs and Quicken Loans Arena know this, and they intend to keep their patrons smiling.