Mike Brown on how virtually unguardable Kyrie Irving is 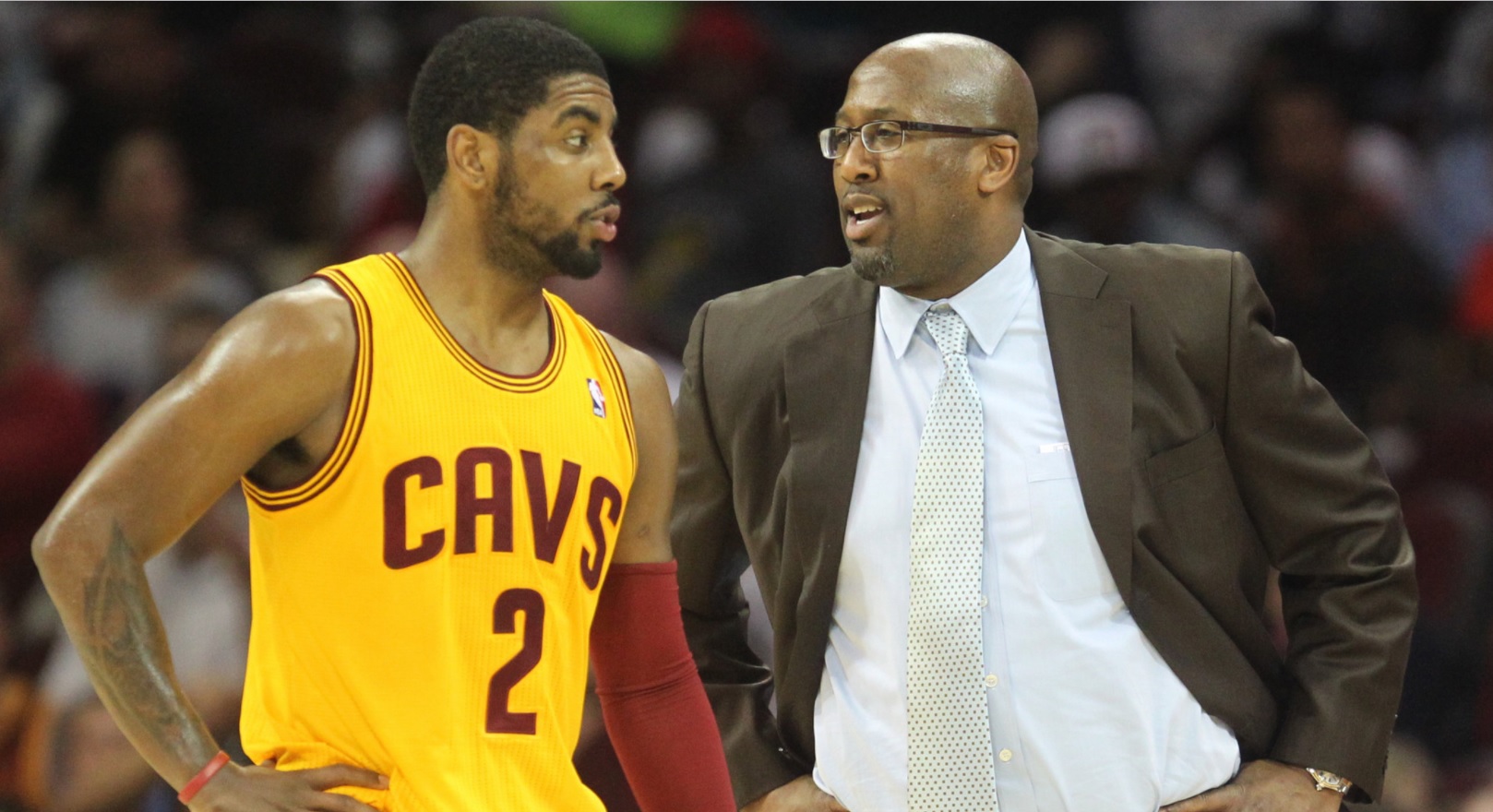 As most basketball fans know, Golden State Warriors head coach Steve Kerr has been dealing with complications from a back surgery — an ailment that could cause him to miss the NBA Finals. Currently, former Cleveland Cavaliers head coach Mike Brown is calling the plays for the Warriors in Kerr’s stead.

Ahead of the start of the 2017 NBA Finals, coach Brown recently sat down for an interview with Marc Spears of The Undefeated to discuss what it was like coaching the Cavaliers and what it’s like going up against his former team. Brown served two stints in Cleveland and watched several of their players blossom into exceptional NBA talents, including Kyrie Irving. Coach Brown had high praise for Uncle Drew’s development, even calling him “unguardable.”

“He was really young but extremely talented,” Brown said. “He was one of those guys that you said sooner or later he was going to figure this thing out. And once he did, he is basically unguardable. He has more skill sets than almost anybody in this league.

“When you have the ability and quickness that he had along with the ability to score from all three levels, you’re a remarkable player. He’s a guy that should have been on one of the All-NBA teams this year.”

Coach Brown and Irving will meet again soon enough. Game 1 of the NBA Finals is scheduled for June 1st at 9:00 p.m. on TNT. Golden State and Cleveland have split the last two championships. This time, the score will be settled once and for all. JUST IN: What J.R. Smith’s daughter did while he was at practice
Related TopicsCavaliersKyrie IrvingMike BrownWarriors