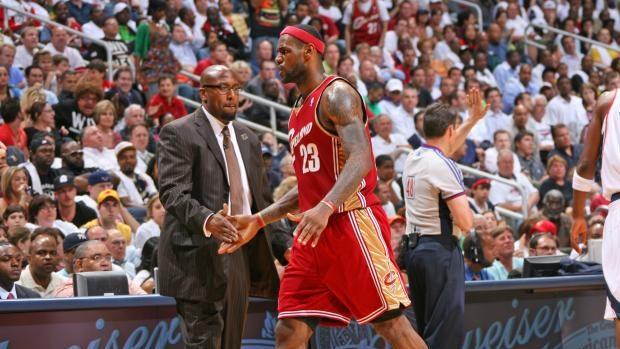 In the 2008-2009 season, the Cleveland Cavaliers won a franchise-record 66 games. Led by a 24-year old LeBron James, Cleveland was rolling on both ends of the floor as they scored 100.3 points per game and limited their opponents to a league-best 91.4 points.

James won his first MVP award that year thanks to 28.4 points, 7.6 rebounds, 7.2 assists, 1.7 steals, and 1.1 blocks per contest. The brain behind the Cavs was Mike Brown who was also named Coach of the Year that time.

Brown was James’ coach when the latter made that leap in his career. From being a mere prodigy into becoming the league’s best player. Thus, despite the heat that he has taken over the past few years, Brown still holds valuable insight on LeBron James’ career.

The former Cavalier coach had a sitdown with Cleveland.com’s Terry Pluto, wherein the former made a pick between this year’s 57-win Cavalier team and his own 66-win team from 2009.

I really believe this is the best team that LeBron’s ever had. It’s experienced from top to bottom. And LeBron has the experience and maturity of winning two championship.

Brown was obviously referring to the current version of the Cavs. Let’s do a rundown.

In 2009, James’ other two musketeers were Mo Williams and Zydrunas Ilgauskas. They had a couple of All Star selections in between the two of them. The rest of the supporting crew featured Delonte West, Anderson Varejao, Daniel Gibson, and Old Three in Ben Wallace, Wally Szczerbiak, and Joe Smith. If not undersized, the personnel were either too inexperience, too slow, or too old.

This year, the Cavs’ lineup feature a slew of versatile players that allows the team to play different styles in different situations. They can go big, play small, field in shooters, and go defensive without sacrificing a lot on the talent department. Not only does the current version boasts of players like Kyrie Irving and Kevin Love, the LeBron James that we have right now, though sacrificing a tad of explosiveness, is also a much wiser player than his 24-year old self.

It wasn’t a difficult choice for Mike Brown. The difference in wins may be staggering, but the overall measure heavily favors this year’s Cleveland Cavaliers.