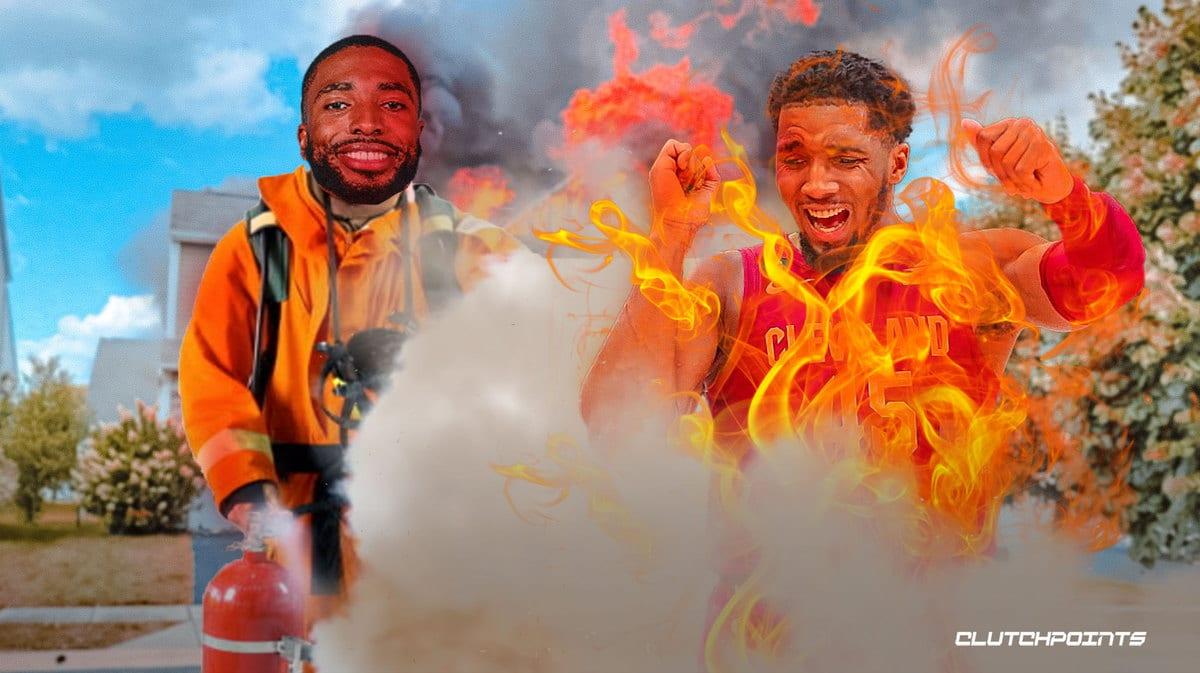 Cleveland Cavaliers superstar Donovan Mitchell grabbed headlines on Monday night after a mind-blowing 71-point outburst against the Chicago Bulls. Mitchell led the Cavs to a 145-134 overtime victory against the Bulls, en route to setting an all-time franchise scoring record for Cleveland.

Mitchell undeniably caught the attention of the entire NBA with his eye-popping performance. This includes Phoenix Suns stud Mikal Bridges, who incidentally, will be tasked with trying to defend Mitchell when the Cavs and the Suns face off on Wednesday.

According to Bridges, he’s already slid into Mitchell’s DMs to send him multiple warnings about their upcoming matchup:

“Hope he don’t try that s**t next game,” Bridges said, via Suns beat reporter Duane Rankin of AZ Central. “I talked to him today. I sent him a lot of IG DMs. A lot of voice memos. Kept telling him, ‘Hey bro, don’t try to come get 80 tomorrow.'”

Mitchell and Bridges are good friends and they’ve had their fair share of friendly banter in the past. Bridges may have made his statements in the friendliest way possible, but you can be sure that he’s serious about his desire to shut Mitchell down on Wednesday. The friendship will need to be set aside for 48 minutes when these two face off on the basketball court.

Let’s also not forget about the fact that Mikal Bridges happens to be one of the best on-ball defenders in the NBA today. If there is anyone capable of preventing another explosion from Donovan Mitchell, it’s Bridges.