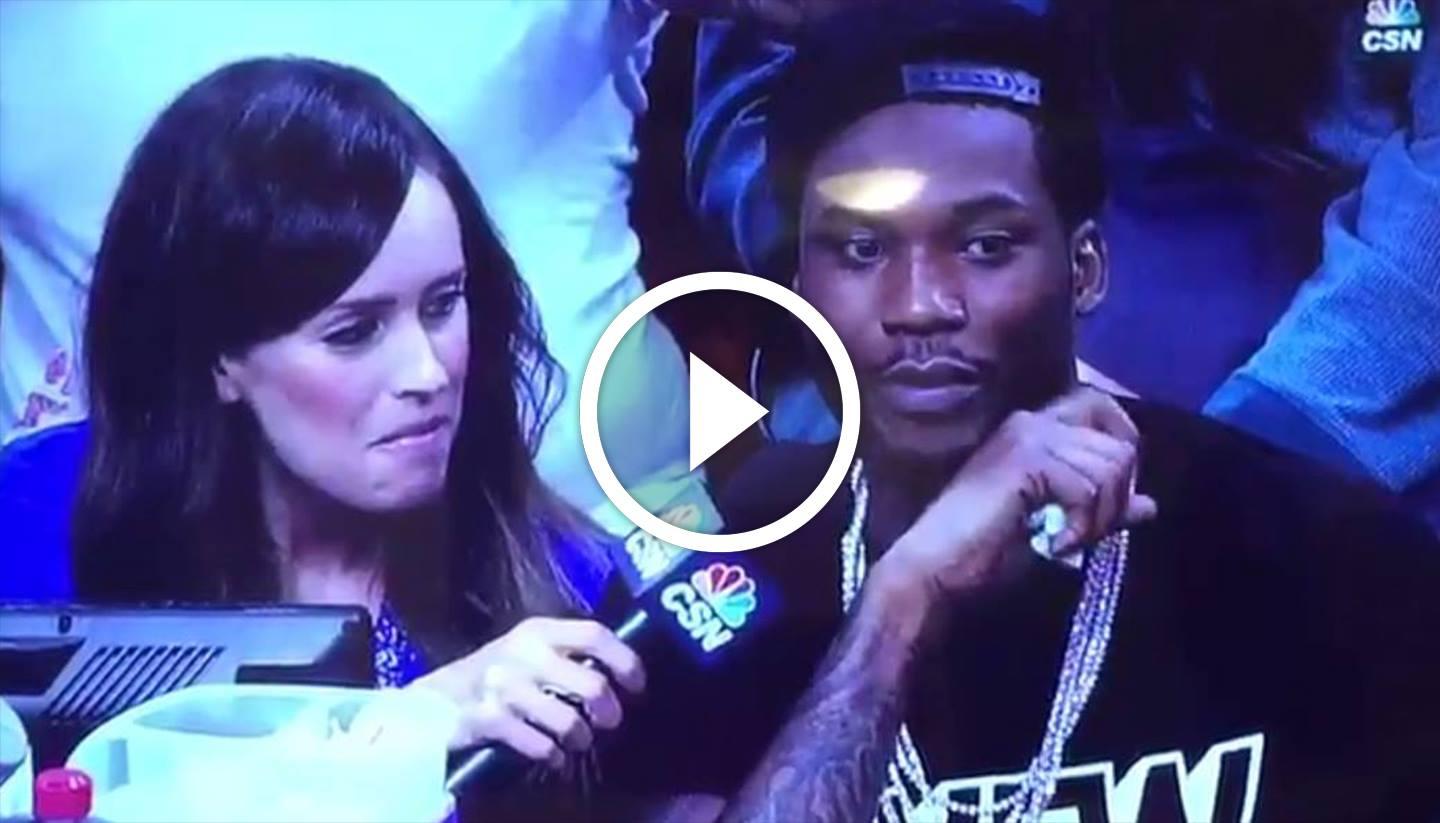 The rapper was approached by the Sixers sideline reporter and asked about Drake. Here was the conversation between the two.

“Drake’s a Toronto guy,” the reporter said. “What’s your message to him with your hometown Sixers here looking good against the Cavs?”

The rapper didn’t fire back in any way; instead he stuck to his team and talked about being a ride-or-die with the Sixers team, despite their struggles.

“I’m riding with Philly,” Meek said. “You know, Philly’s riding with me, so I’m riding with the Sixers to the fullest. You know what time it is. I’m rockin’ out till the end—no matter how the season goes.”