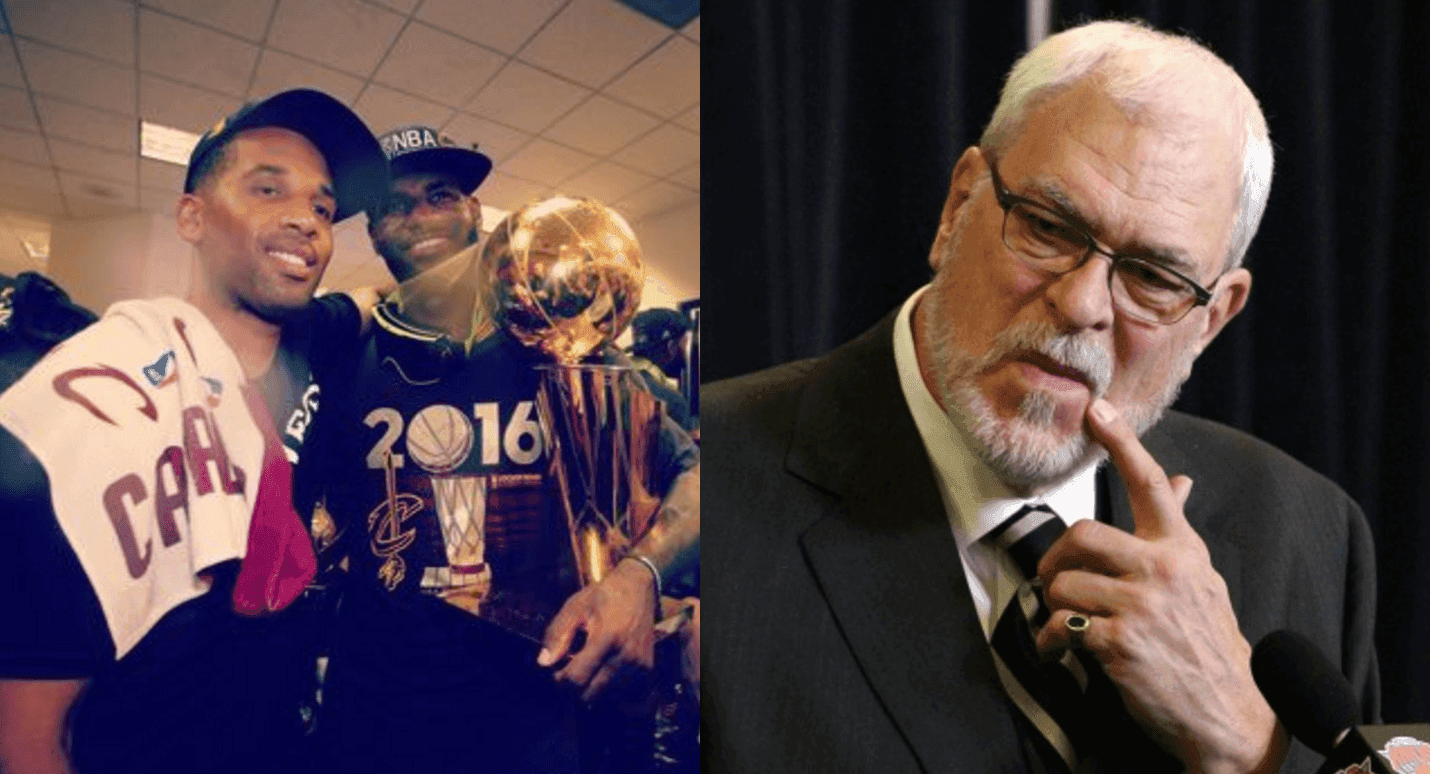 Phil Jackson’s outspoken comments on the “special treatment” LeBron James needs has got the attention of long-time friend and business partner of James, Maverick Carter.

“When LeBron was playing with the Heat, they went to Cleveland and he wanted to spend the night. They don’t do overnights. Teams just don’t. So now (coach Erik) Spoelstra has to text Riley and say, ‘What do I do in this situation?’ And Pat, who has iron-fist rules, answers, ‘You are on the plane, you are with this team.’ You can’t hold up the whole team because you and your mom and your posse want to spend an extra night in Cleveland.

I always thought Pat had this really nice vibe with his guys. But something happened there where it broke down. I do know LeBron likes special treatment. He needs things his way.”

Carter took offense to Jackson’s comments, saying he was using degrading language when talking about James’ inner circle by calling them his “posse”. It hit a nerve of James’ longtime friend and now his very successful business partner, and he didn’t hesitate to make his feelings known about the situation.

“I don’t care that he talks about LeBron,” Maverick Carter said. “He could say he’s not that good or the greatest in the world as a basketball player. I wouldn’t care. It’s the word ‘posse’ and the characterization I take offense to. If he would have said LeBron and his agent, LeBron and his business partners or LeBron and his friends, that’s one thing. Yet because you’re young and black, he can use that word. We’re grown men.”

Carter feels strongly about decoding language and comments certain people make, and took to twitter to address the comments.

All the hard work,effort and achievement and @PhilJackson11 still calls us a "posse"every step you take they remind you, you ghetto" @S_C_pic.twitter.com/OPsPvAvFoM

Understandably, it caused quite stir throughout social media, and Carter explained his reaction wasn’t attacking Jackson from a prejudice standpoint.

Let me be clear I'm not saying @PhilJackson11 is racist,, I'm calling out his disrespectful language

It would’ve been very easy for Jackson to simply call James’ group his ‘inner circle’ or his ‘business partners,’ but instead, Jackson went with the term ‘posse.’ After working together for over a decade, you can see a special bond has formed between James and Carter. James has a trusted inner circle he can rely on to sort out any negative media attention that may distract him from his basketball endeavors. Carter was looking out for a best friend like anyone else would, and I’m sure the king appreciates his right hand man having his back.

Perhaps Jackson will think twice before calling out the world’s best player in the future. You don’t want to be on the receiving end of an angry LeBron, he’s already dominated the Knicks once this season, and won’t be afraid to do it again if need be.