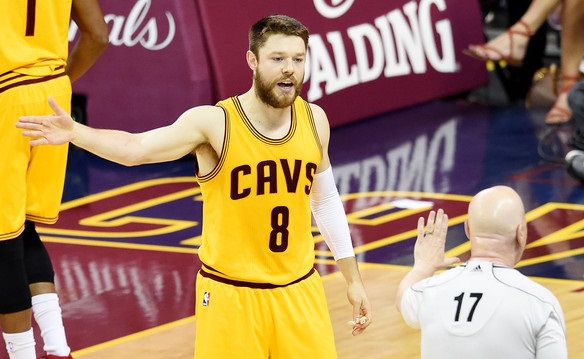 In his short but successful NBA career Matthew Dellavedova (Delly) has always been counted out. From becoming an undrafted rookie to starting in the finals three years later, he has come a long way in a very short time, and his development has been tremendous. Delly perhaps owes much of his NBA career to men that are no longer with the Cavaliers. Being an undrafted free agent, the chances of making it to training camp with a team, let alone making it through the pre-season, to making the regular season roster is very slim. Sure there are always the diamonds in the rough that appear in the league, however, it is not very likely twice the 30 general managers in the league pass by a player with NBA talent.

General Manager at the time; Chris Grant was a fan of Dellavedova when he played in college for St. Mary’s. He believed Delly could help an NBA team with his tenacious defense and solid three point shooting, that he displayed in college. Head coach at the time Mike Brown is known to be a coach that values defense above anything else. He has benched players throughout his coaching tenure that show a lack of interest on the defensive end. Most notably JJ Hickson and Daniel Gibson. However, Gibson took this as a challenge and ended up becoming an above average defender during his time in the league. LeBron has also been on record with crediting Brown for making him more defensive focused. St. Mary’s was recruiting Brown’s son, so he had a chance to see Delly personally. When Grant decided to give Delly a two-year deal worth 1.3 million; with $100,000 guaranteed this came as a shock to many. That is a lot of guaranteed money for an undrafted player who will more then likely be cut. However, Delly was different. Brown gave him a legitimate chance to make the team, and Delly took that chance and ran with it. 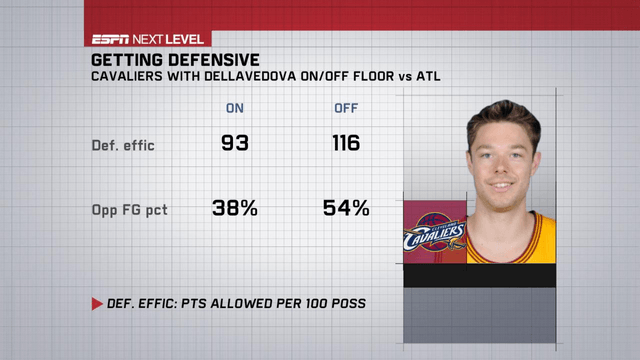 In his rookie season, Delly shot about 37% from three, including 39% on catch-and-shoot three pointers, per NBA.com. To explain just how efficient he was on those catch-and-shoot shots, he shot a better percentage than fellow rookies: Kentavious Caldwell-Pope, Victor Oladipo, Michael Carter-Williams, and Tony Snell. All of which were picked within the first 20 picks and attempted about the same number of similar catch-and-shoot shots. Delly also showed he was smart with the ball and a willing passer as he was in college. He had the highest Assist-to-turnover ratio on the team at 3.1 (basically what this means, for every turnover he commits, he dishes out three assists), a number that would have tied for tenth best in the league, had he gotten to 200 assists to qualify (he had 187). However, his catch-and-shoot efficiency, and passing weren’t the main reason he saw the floor for 72 games in his rookie season. It was his relentless defense he showed the coaches and his ability to allow both Kyrie Irving and Dion Waiters to focus more on the offensive end, while Delly handled the tougher assignment on the defensive end.

While his rookie season came as a surprise to many, his sophomore year was even more shocking. After Brown and Grant were fired, Delly again had to prove himself to a new coach. David Blatt; a coach who was just coming over to the U.S. and who was known for his offensive play calling likely did not know who Dellavedova was before coming to Cleveland. However, the teams’ front office knew they had found the diamond in the rough every team hopes to find. This is even more important to the Cavs- or any playoff team- because they were able to find an impact player on a cheap contract that can play deep into games. Delly again portrayed stellar catch-and-shoot efficiency from the three last season, as he shot 41%. This number is even more important since Delly was expected to hit these open shots, due to defenses focusing on Kyrie Irving and James as they drove to the hoop. However, Delly’s true worth was showcased in the playoffs.

While Irving faced knee troubles throughout most of the playoffs, Delly was relied on to cover the opposing teams point guard. Delly helped limit Derrick Rose in the semifinals to just 39 percent shooting, and Delly also scored a team-high 19 points in the series clinching game six.

In the Eastern Conference Finals, Delly took on a much bigger role, as Irving was shelved for two games. He limited All-Star point guard Jeff Teague to just 43% shooting for the series, but struggled on the offensive end shooting just 30% on his shots.

Finally, he was pressed into the starting point guard role for five of the six games in the NBA Finals due to Irving being out with a fractured kneecap. Being the primary defender on Stephen Curry in the finals, Delly again showed tenacious defense this time on the leagues MVP. He helped hold Curry to 44% from the field, and 39% from three, well below his percentages of 52% and 49% respectively, that he shot in the Western Conference Finals. However, taking on a much bigger role on the offensive end Delly again struggled with his shot and was a non-factor for much of the series, other then in game three, when he helped the Cavs take a 2-1 series lead with 20 points.

This season, Delly has shown up with a much-improved offensive game. His early season averages stand at eight points and almost six assists per game. He is hitting shots at a rate of 43%, including 43% on three point tries, while also hitting free throws at 90%, well above his highest percentage of 79%. He is second on the team in assists per game, and according to ESPN.com; he is in the top 20 in assists per 48 minutes, at 9 a game. He is also dishing a team high 10 assists per 100 possessions. Not to mention he is tied for second in the league in assists-to-turnover ratio.

Delly has even become a voice in the Cavs locker room amid the Cavs’ recent struggles.

Dave Mcmenamin of ESPN asked Delly about the travel schedule the Cavs were put through.

“I think it’s more of the mental thing, so you just try not to think about it. I don’t think we should be saying, ‘When we get the pieces back.’ I think it’s very fixable right now.”

Standing at 6’4” (which is a very generous height), when he steps out on the court he is normally one of, if not the shortest player out there. However, being a former rugby player, he has earned praises from many around the league for the toughness he displays in his game. However, some view him as a dirty player, due to him always playing tough and sometimes out of control. Nevertheless, Delly only knows how to play the game one way, and that way is to give it his all and play with a never-back-down attitude. You can see the rugby in his game. Whether it is diving on the ground for a loose ball, being a pest to opposing guards, or wrestling the ball away from an opposing big man. Delly plays winning basketball, and he is going to need to play at a high-level and continue to improve on his game, if the Cavaliers want to hold the trophy at the end of the year. 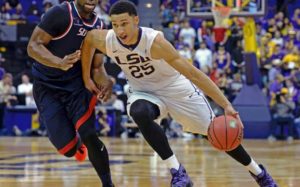