Matthew Dellavedova Opens Up About Being Hospitalized During NBA Finals 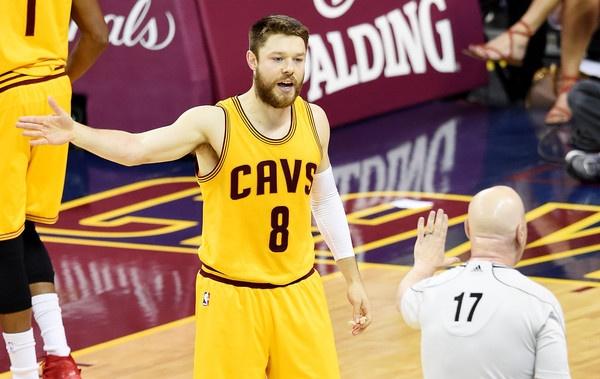 A few rooms away, the Cavs’ medical team was aggressively rubbing ice all over Dellavedova’s body as team doctors installed an IV into his arm as they tried to pull him out of what had turned into almost a full-body cramp.

After the Cavs pulled off a miraculous Game 3 victory at home against the Warriors in the NBA Finals, Cleveland then looked to their injured starting point guard. And no, we’re not talking about Kyrie Irving, we’re talking about about Matthew DellVDOVA. T team doctors installed an IV into his arm as they tried to pull him out of what had turned into almost a full-body cramp.

Delly explained how the scary incident to ESPN’s Dave McMenamin.

“First my quads both cramped. Then my hammies. Then my adductors. I couldn’t move off the training table,” Dellavedova said as he recently recalled the moments after the Cavs’ Game 3 victory over the Golden State Warriors last spring. “I was stuck on the table. I had the IV in and I was still cramping. They helped me to the cold tub and I just collapsed in it for 20 minutes.”

“He gives us everything until the tank is empty,” LeBron James said after he rubbed Dellavedova’s head in celebration after the final buzzer. James had scored 40 points but the crowd was chanting “Delly.” “He even has a small, little reserve tank.”

“I probably pushed it a little. I thought I’d pushed it before but there was just so much on the line,” Dellavedova said. “I wasn’t scared. What was scary was how am I going to prepare for the next game? I only had one day’s rest between the games. I told them I didn’t need to go to the hospital, but then I thought to myself ‘What would happen if these cramps happened again in the middle of the night?’ I would’ve been screwed.”

“It’s not something you’re going to bring up in the middle of the series because you don’t want to help the other team,” Dellavedova said. “There are things that guys probably went through in playoff series that people will never know. It’s common in Australian football that you find out a month later a guy was playing with broken ribs. You don’t want to complain about it, and you especially don’t want to disclose it.”

“I was just spent,” Dellavedova said. “As an athlete, that’s all you can really do. There’s nothing more I could’ve physically done.”