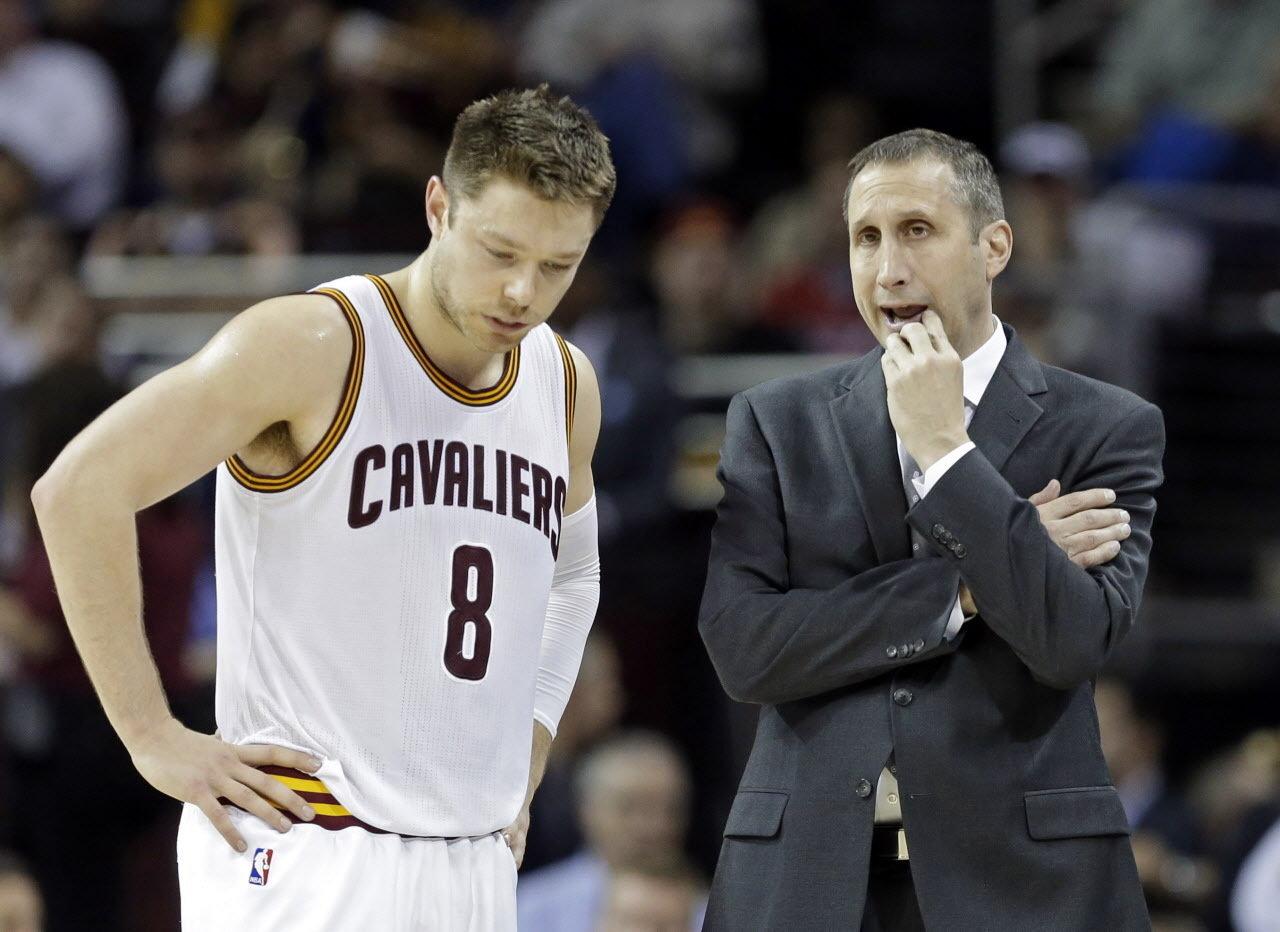 David Blatt may no longer be connected with the Cleveland Cavaliers but the impact that he made on members of the team during his tenure will remain significant throughout their whole career. Perhaps the best person to lead that category is point guard Matthew Dellavedova.

The rugged Australian is a prime example of someone who worked his way from the bottom and up. While there’s no denying the hard work that Dellavedova puts in every single day, he is also fortunate to have been entrusted with big responsibilities by the right coaches. Mike Brown showed him the door but David Blatt gave him the keys.

In his article for Cleveland.com, Chris Haynes shared Dellavedova’s gratitude towards Blatt.

“Coach [David] Blatt was huge for me. He gave me a great opportunity. He really believed in me and 100 percent supported me. It was really great for my career, so I’m always going to be appreciative for what he did for me.”

“He gave me a lot of opportunities and really believed in me. He allowed me to play with a lot of confidence and be myself out there. I’m always going to be grateful for that. You have to be lucky enough to get that opportunity, but then you also have to make sure you’ve put in the work. I’m thankful.”

“I would talk to him a lot during the games and off. Just in general, he’s a great person. I’m sure our paths will cross again because the basketball world is a small world. He was good for me.”

As history knows by now, Matthew Dellavedova did not disappoint when he gave his all during the recent NBA finals because of a badly depleted Cavalier lineup. He has also improved parts of his game and as a result, Dellavedova is now a respected shooter and a very reliable playmaker.

RELATED: VIDEO: Matthew Dellavedova Scores 6 Points And Gets A Steal In 5 Seconds

The role of Kyrie Irving’s backup is now safely in the hands of the Australian even with the presence of former All Star Mo Williams in the team. Don’t be surprised if we even get to see more of Matthew Dellavedova and Kyrie Irving together on the floor as the team tries to play faster with coach Tyronn Lue at the helm.