Matthew Dellavedova Could Command A Hefty Price In The Summer, Per Windhorst 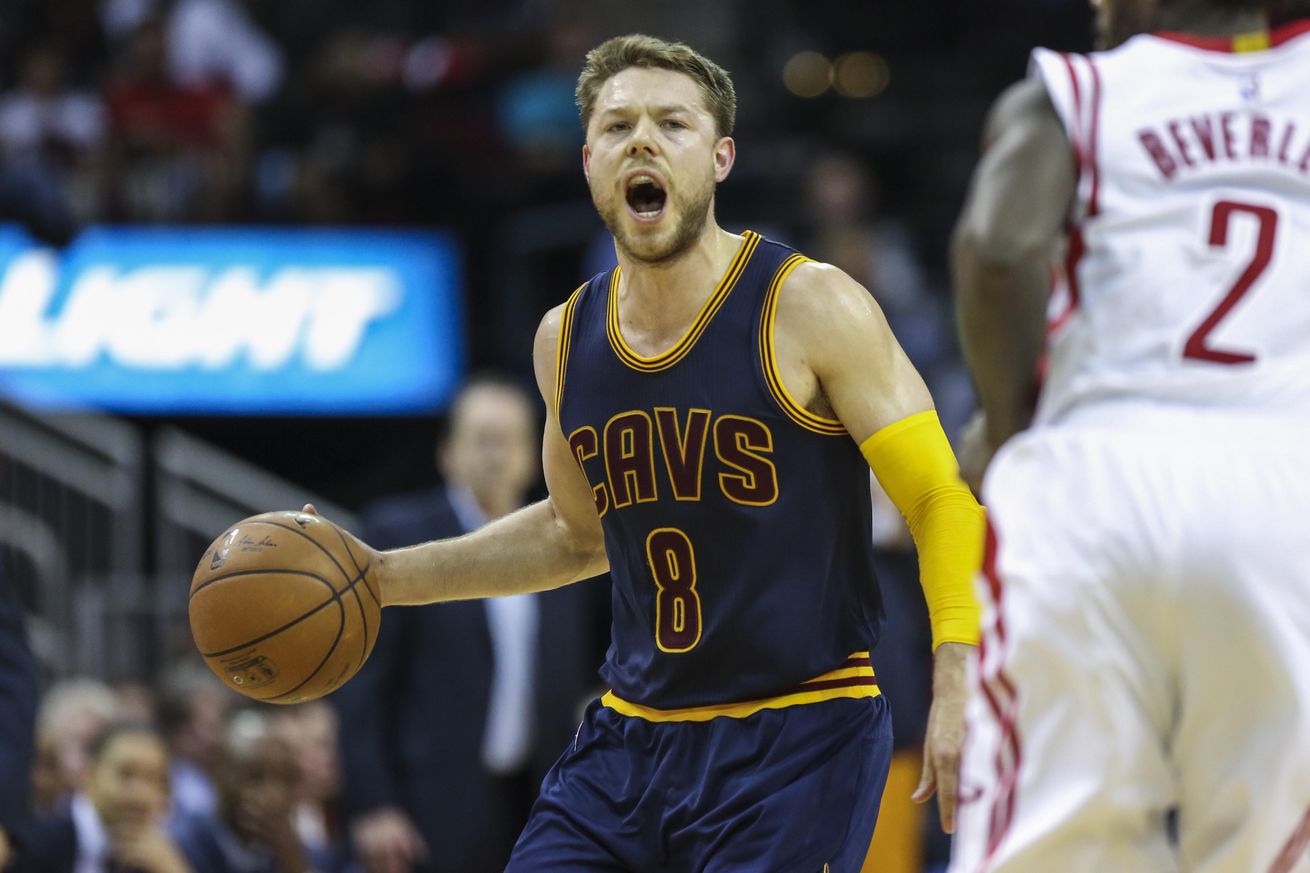 This past summer, the Cleveland Cavaliers saw themselves with a pile up of their own free agents to begin the season of dealings. Included in General Manager David Griffin’s bumper crop of names was Matthew Dellavedova.

RELATED: Matthew Dellavedova Has Enemies In The Warriors’ Locker Room

The Aussie point guard was considered a huge bargain last year for Cleveland, and after making a name for himself in the playoffs and finals, Dellavedova lined himself up for a bigger payday. From an $816,000 haul in 2014, the Cavs granted him a one-year $1.2 million deal in July 2015.

Dellavedova is also set to receive an even larger paycheck after this season and ESPN’s Brian Windhorst speculated on the amount in his radio show “Hey, Windy!”.

“I think, you’re going to look at Matthew Dellavedova, market value, $8-$9 million a year. I know that sounds crazy, but Corey Joseph, who’s a comparable backup point guard got $7.5 to $8 million…and I think Delly, because of the market going up, and I know several teams are interested. There’s not that many teams that need point guards, but there’s a whole lot of salary cap space out there and teams are going to believe they are going to put the Cavs to the test because they know what their salary commitments are.”

That kind of sum might hurt the Cavs’ cap further, but it’s not a ridiculous figure. Dellavedova has done it again by exceeding expectations all through sheer hard work. Last season, he was only known for his smashmouth defense and non-stop hustle, but this year, his numbers across the board have reached career high totals.

After 62 games, he has averaged 7.9 points, 2.1 rebounds, and 4.5 assists while converting on a torrid 42% accuracy from long distance. His shooting and passing have been very welcome additions to his arsenal, and with his type of work ethic and professionalism, any team would be fortunate to have him on their roster.

Hopefully, Dan Gilbert maintains his deep pockets for the Cavaliers to ensure the team of Matthew Dellavedova’s contagious no-nonsense approach to the game for years to come.