How many points has LeBron James left at the free throw line in his career. 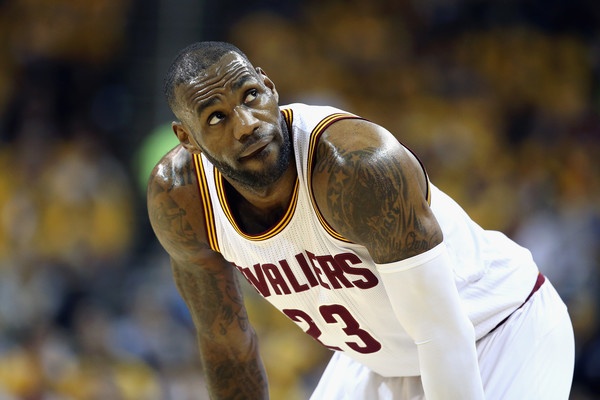 There isn’t much wrong with LeBron James’ game. At 32 years of age, James is already an all-time great in the plethora of greats that have graced the NBA hardwood. Despite having multiple seasons still ahead of him, James is already in the conversation as maybe the best ever. In terms of what he does on the court, the kid from Akron takes pride in doing absolutely everything on the floor for his team. Already established as a premium well-rounded basketball player, James does most than many are even capable of night in and night out.

He scores, he rebounds, he finds his teammates for assists and plays elite defense. With all that being said, James is still nitpicked on a daily basis about his game. The knock on the four-time MVP has always been his outside jump shot, but James has put those doubters to bed throughout his career as he’s worked diligently on his game and put together elite three-point shooting years, as well as having career defining moments with his jump shot. With all those doubters put to rest, there is still an area he is yet to register an elite season – free throw shooting.

It’s one of the complex and mind boggling conundrums of the NBA game, but free throw shooting has been a struggling aspect for various all-time greats that have dominated the association. Whilst James has never reached the lows of legends Shaquille O’Neal and Wilt Chamberlin from the line, he has experienced difficulty at the stripe throughout his 14 seasons. As a perfectionist, it has forced James to change his techniques and even go back and watch film of his better free throw shooting seasons in order to improve his percentages.

With the recent Finals MVP shooting a career low this season from the line at 68%, one must wonder, how many points has James left at the line during his career, and how does it affect his hopes of becoming the games’ all-time leading scorer?

James career high from the free throw line came in the 2008-2009 NBA season with the Cavaliers when he connected on 78% of his freebies. In comparison to this campaign, James is sitting a whole 10% lower than his career best. For someone who undergoes more contact and takes a trip to the stripe than most, many believe James should be in the mid-to-high 80s when he makes his way there. Shooting 78% from the line is by no means a bad percentage, but it does remain up for debate whether that 2008-2009 season falls into an elite category for the King, as most consider 80% or better to be at an elite level.

With that being said, let’s crunch the numbers to figure out how many points James has left at the line, and how it affects his overall scoring.

Taking into account attempts and makes, James has left 2,258 points at the line so far. Just over 2,000 points might not seem like much, but considering James has routinely dropped over 2,000 points in a single campaign for more than half of his NBA seasons, the four-time MVP has basically left a whole season of scoring at the line.

Of course, no one player has ever made 100% of their free throws when having a large number of attempts, so adding 2,258 points directly on onto his point total is unrealistic.

Rather, let’s gather the numbers on the hypothetical of James shooting elite percentages from the line.

It’s an extremely difficult feat for a player to shoot 90% on their free throws, but if James did for his career, he would have collected an additional 7,828 points. Adding those 7,828 points to his current 28,573 that would give James 36,401 total points. Instead of ranking 8th all-time in scoring as he is right now, James would be 3rd on the NBA’s all-time scoring list, trailing only Karl Malone (36,928) and Kareem Abdul Jabbar (38,387). It would also see James surpass Oscar Robertson for 4th place all-time in makes at 7,828.

If we lower that percentage to 85% from the line for his career, James would have registered an extra 7,393 points. Adding those 7,393 points to James total would give him 35,966 points, again leaving him in 3rd place on the NBA’s all-time scoring list. It would also leave him 4th place all-time in makes at 7,393.

Let’s go one further and lower that mark to 80% for his career, just 2% off his career best in the 2008-2009 season. If the Cavs superstar was to shoot 80% from the stripe, he would have received a bonus 6,958 points. Combing that to his career total, we have 35,531. That mark would still place James 3rd all-time in scoring. As for makes, this would place James 8th all-time, moving above Celtics legend Paul Pierce.

As you can see, if James was to connect on 80% of his free throws or better, his assault on becoming the NBA’s all-time scoring leader would be greatly aided and significantly more attainable. Despite shooting a solid 74% from the line in his career, the 80% mark would have substantially lifted him, and would justify his continued forays to the rack since entering the league.

Despite undergoing a career-low in free throw shooting, James has recently vowed to fix his struggles at the line before the playoffs commence. Throughout his career, James has been elite in every single facet of the game. With his continued pursuit of excellence as well as being regarded as the games’ greatest ever player, don’t be surprised if James dedicates himself to lifting his percentages as his career progresses.

Despite it being maybe the weakest aspect of his game, the three-time NBA champion has consistently delivered from the line when it mattered most. Clutch free throws against the San Antonio Spurs in Game 7 of the NBA finals as well as hitting a clutch free throw in Game 7 last June against the Golden State Warriors after falling hard on his hand to make it a two possession game, eventually giving the Cavs their first championship are just one of many examples.

It is likely James will enter an elite category from the line as he ages and points become more difficult to come by.  Nevertheless, he remains the best player in the world and the most complete basketball player the league has ever seen. 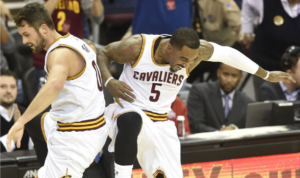