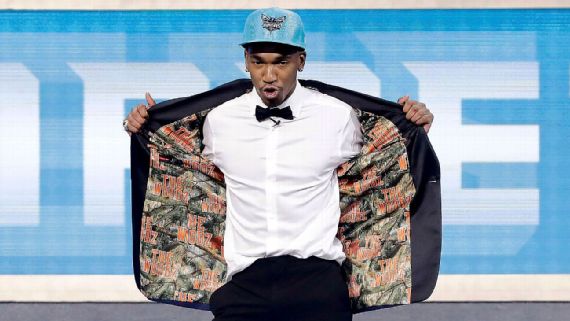 Former Kentucky guard Malik Monk was selected 11th in the 2017 NBA Draft by the Charlotte Hornets. The prolific shooter had a great season with Kansas as the Wildcats ended up with three players selected in the lottery, the other two being De’Aaron Fox  at No. 5 and Bam Adebayo at No. 14.

Second to dreams on Draft night was fashion. While most players went for a classic suit, there were meaningful and somewhat funny examples of eccentric clothing choices. Most recent examples include Frank Kaminsky III and Kelly Oubre Jr. While the Hornets center decided to include a tank patch to the inside of his blazer, Wizards forward decided to go for very flashy shoes.

If the #NBADraft was the shoe swag draft, Kelly Oubre would go No. 1 overall. pic.twitter.com/KiUe5r6JVH

However, Malik Monk, who wore a classy JC Penney suit, decided to call out Cavaliers superstar LeBron James. James, when he was drafted in 2003, wore an all-white combination of shoes and suit. James stood out of the pack not only by his potential, but by his choice of attire as well.

In a short interview with Alex Kennedy of HoopsHype, the new Hornets guard went after James before realizing how much worse former 13th pick Jalen Rose had it on his big night. Rose went for a bold all-red suit and tie, which caused laughter and ridicule of Rose and his clothing choices.

Malik Monk discusses which NBA players wore the best draft-day suits, and then clowns LeBron James and Jalen Rose for their outfits. 😂 pic.twitter.com/Q17iVocF2I

Then again, this wasn’t one of James’ greatest moments in the NBA…

Monk also mentioned Lakers forward Brandon Ingram and Timberwolves swing man Andrew Wiggins as best dressed for their draft-days. Just remember Monk, style only gets you so far in the NBA. 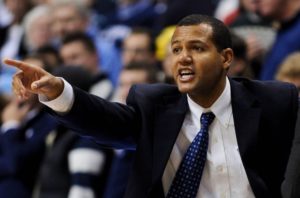