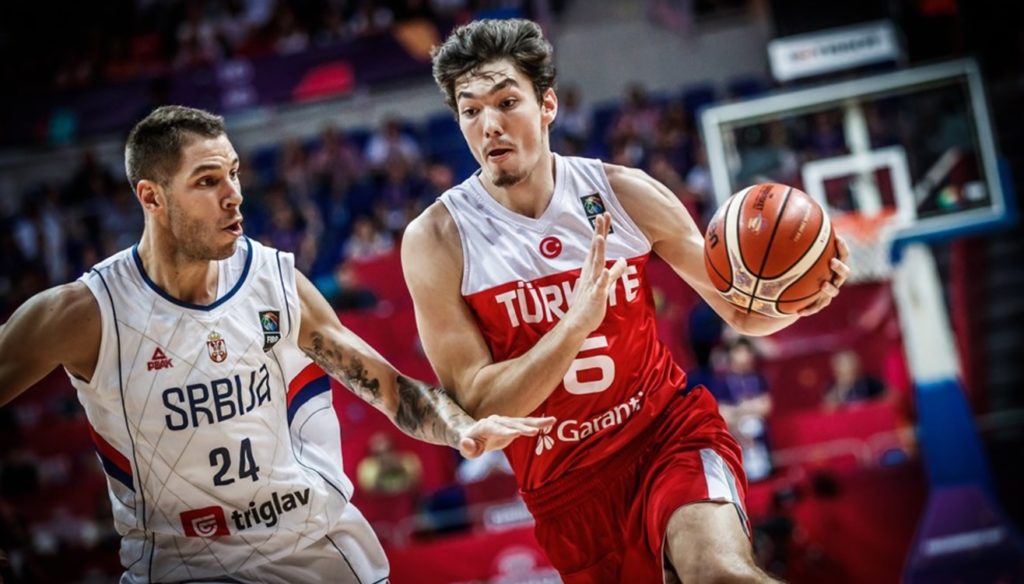 A 2015 second round pick, Osman is a highly coveted Euroleague player that won the Turkish Cup and Turkish Supercup in 2015, was a three-time BSL all-star, the 2014 FIBA Europe Under-20 MVP, the 2012 Albert Schweitzer Tournament MVP and averaged 6.7 points, 2.9 rebounds, and 0.9 assists during his Euroleague career.

Besides his Euroleague accolades, he was also sensational this summer in the 2017 Eurobasket tournament. He stuffed the stat sheet for the Turkish national team and finished with averages of 16 points, 5 rebounds, and 3.8 assists. He also had one of the best games of the tournament against Kristaps Porzingis and the Latvian national team:

With very little young talent besides undersized guard Kay Felder and raw prospect Edy Tavarres, Cavalier fans were beyond excited to have a look at a piece that will be with Cleveland for the foreseeable future.

But, during his weekly Hey, Joe! piece Cleveland.com’s Joe Vardon had this to say about Osman’s chances of breaking the rotation this season:

When the Cavs signed Cedi Osman in July, I asked Lue if he had watched film of Osman. It was a necessary question because Osman is a rookie who’s played in Turkey and the Euroleague. He’s a 22-year-old and 6-8. A hustle defender. Lue’s reply…”nope.” OK, then. Osman is not going to get the first chance on this team.

Beside Lue’s aversion to touching any and all young talent on the roster, instead wanting to lean on veterans like to carry the load off the bench while resting the starters, he should seriously consider the likelihood that the team can rely on Osman to serve as one of LeBron James’ primary backups.

The only way Osman would serve as James’ primary backup is if forward Jae Crowder, who can play both small forward and power forward, joins the starting lineup as the team’s starting power forward, forcing Kevin Love to slide over to the center position. With Crowder no longer coming off the bench, this leaves a massive hole at the backup small forward position with the team forced to look at players like Richard Jefferson and even Jeff Green, both mediocre backups at best, instead Osman should get the honor.

In this scenario, Osman could come off the bench as the eighth man in the rotation, behind Tristan Thompson and Derrick Rose and serve as a hustle perimeter defender that can stretch the floor and help create offense for a Cavaliers bench that finished towards the bottom in the NBA last season. The only question is will Ty Lue be willing to rely on a rookie, something he has been opposed to during his entire tenure as head coach of the Cavaliers.

As mentioned before the Cavaliers had one of the worst benches in the NBA last season and they made moves over the summer to address this problem by signing Derrick Rose and trading for Jae Crowder. With the reality of Crowder joining the starting lineup becoming more and more likely, the team should look towards their rookie to serve as LeBron James’ primary backup.

Since 2004 Cleveland has always had a scrappy, energetic player either starting or coming off the bench with Anderson Varejao or Matthew Dellavedova. They have the chance to find their next Wild Thing or Delly Tray in Osman, who can be a sparkplug off the bench doing whatever he can to help the team succeed. Jedi, as he was called during his Euroleague days, will be a part of the future for the Cavs and quickly become a fan favorite and a huge part of the rotation to help the team win a second title in three years. 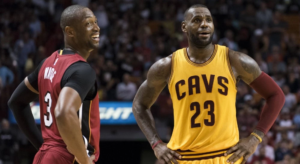