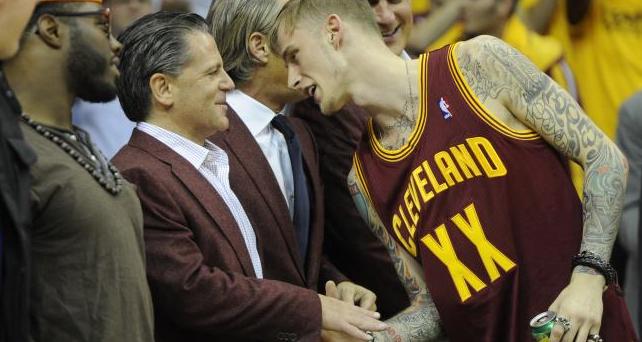 When it comes to rap artists from Cleveland, Ohio from a young age, Machine Gun Kelly is among the best. Raised on Cleveland’s East side, MGK knows the uphill battle that most inner city kids face.

Kelly is currently signed with Bad Boy Records and has quickly made his way to the top of the hip-hop mountain. Sometimes, artists leave their home towns and never come back – not MGK. Kelly has a fierce affinity for the city of Cleveland, often mentioning his love for it in interviews and television appearances.

Yes, MGK reps The Land like no other, but he also holds it down for the NBA championship winning Cavaliers. In fact, Kelly was selected to perform his hit song “Till I die” for the roughly 1.3 million people who gathered for the Cavaliers’ championship parade. The song is dedicated to Kelly’s devotion to Cleveland and became an anthem during their run through the NBA Playoffs.

Kelly’s love for Cleveland is evident, and the Cavaliers organization recognizes that. The Cavs expressed their gratitude by rewarding him with a championship ring.

i was on the road during the Cavs ring ceremony so I had to bring the tour back home to get mine. #TheLand #MyCityMyCity #WeAreTheChampions @kenjen tell em that ring ain't no joke !!! @ifandco @benballer 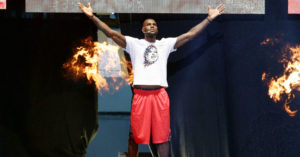