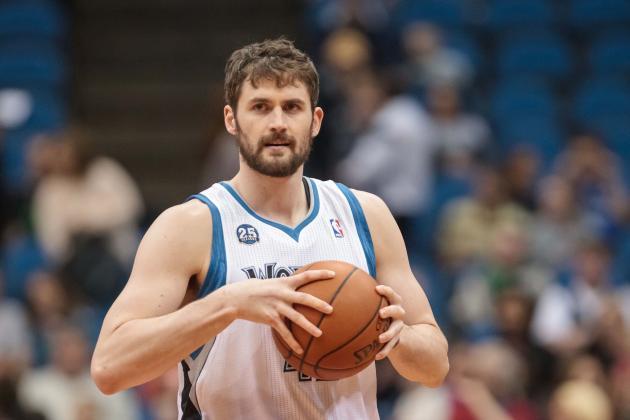 It has been regarded that Cleveland is looking to win later if they keep Wiggins and win now if they move Wiggins in a trade for Kevin Love. There are so many arguments that can be put into this debate. Does Love really mean Cleveland wins now? Does Wiggins really mean Cleveland can only win later? I would like to look at what keeping Wiggins could mean for our Cleveland Cavaliers.

Wiggin’s collegiate career was spectacular, we all know that. The thing about Wiggins is he is only 19 years old but seems to have the quickness and skill of a kid who has played 4 years of college ball. By adding Wiggins in the mix with Kyrie and LeBron, it is possible that Wiggins will be able to grow quicker under this mix than with any team in the NBA. Wiggins having LeBron as a mentor is a situation that is almost too perfect to pass up. I know a lot of you would love to see Love on our team this season but is that the way we should build our franchise?

{adinserter 2} Kevin Love is ranked 19th in offensive rebounds amongst players averaging 30 minutes or more a game and at times really lacks the defense on the inside that Cleveland truly needs. Opponents shot a whopping 57% at the rim against him last seasons, which is an incredibly large percentage. The thing is Kevin Love is a great player and solid athlete. But does he fix the actual need of the Cavs?

Cleveland would be giving up a kid who has all the potential in the world to fill that gap. We are talking about someone who has historically been an elite defender in any arena he has been put in. With all the talent he has, along with playing with the NBA’s best player; Wiggins has a great chance of having his potential skyrocket this year. If this talent comes out now, Cleveland is in a situation where they can win in 2014-2015 and then possibly clear some cap and sign Love next offseason when he is a free agent.

Only time will tell if Cleveland is willing to give up potentially the biggest draft pick in a few years for Kevin Love this year. What does everyone think of this potential move? Is it in the best interest of both the short and long term of the franchise? Can Wiggins be a player that can help the Cleveland Cavaliers win both now and later?