Looking Ahead: Top 10 Remaining Games That Will Affect Playoffs After years of futility, the Cleveland Cavaliers have finally taken a 180 degree turn and are showing no signs of regressing. The Cavs are now fighting for playoff position atop the Eastern Conference and with what’s ahead in terms of the team’s schedule, each contest looks to give us a better idea on how the team will stack up in the playoff seeding picture. The Cavs only have a handful of games remaining and we have selected ten contests that we should look forward to the most, starting with number 10:

The Detroit Pistons are among the teams fighting for the final two playoff spots which means that they could end up being the Cleveland Cavaliers’ first round opponent. They made major tweaks to their lineup by adding playoff tested players such as Reggie Jackson and Tayshaun Prince. In their first meeting after the trade deadline deals, they gave the Cavaliers a good fight and it took eight threes from Kevin Love for the Cavs to steal a win at The Palace. A win by Cleveland to close off their season series should take away any false sense of confidence that the Pistons may have against them.

Click “Next” to see the ninth most important matchup remaining for the Cavaliers! 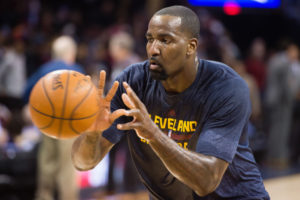