Looking Ahead At The Cavs 4-Game Road Trip 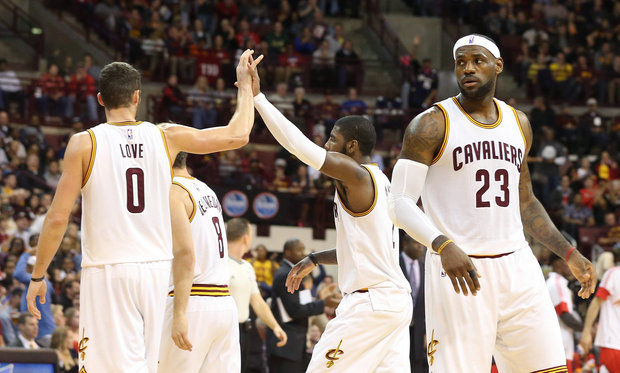 With only 17 games remaining in the regular season, each outing is important for the Cavs. Playoff seeding is up for grabs, and the Cavs are locked in a tight race for the #2 seed with the Bulls and Raptors. Last time Cleveland went on a major road trip, then struggled at the start before defeating both LA teams in what would be the start of a great run for the Cavs. The most favorable path for Cleveland to get to the Finals will come through the highest seed possible, and the upcoming four-game road trip will make a huge difference in where the Cavs end up. Here is an inside look at the upcoming road trip for the Cavs, starting with their first stop in Dallas:

The Cavaliers start their road trip with a matchup against the Dallas Mavericks, who come into this game losers of four of their last six, and only having one day of rest after a tough three game road trip. Dallas is very well-coached, in spite of the recent dust up between head coach Rick Carlisle and starting point guard Rajon Rondo, but the Cavs should match up well with their starting five. Specifically, Kevin Love will be guarded by the notoriously non-physical Dirk Nowitzki, and with Chandler Parsons back from injury, it provides a decided advantage for LeBron James on the offensive end. The backcourt Kyrie Irving and J.R. Smith will have a tough test on their hands staying in front of Rondo and Monta Ellis. The good news for them is that the Mavs backcourt is not very big or known for their defense. Factor that in with the fact that Rondo is not a threat to shoot from deep or even mid-range, they can switch that matchup and not be at a disadvantage.

Click “Next” to see the second stop on the Cavs’ four-game road trip!