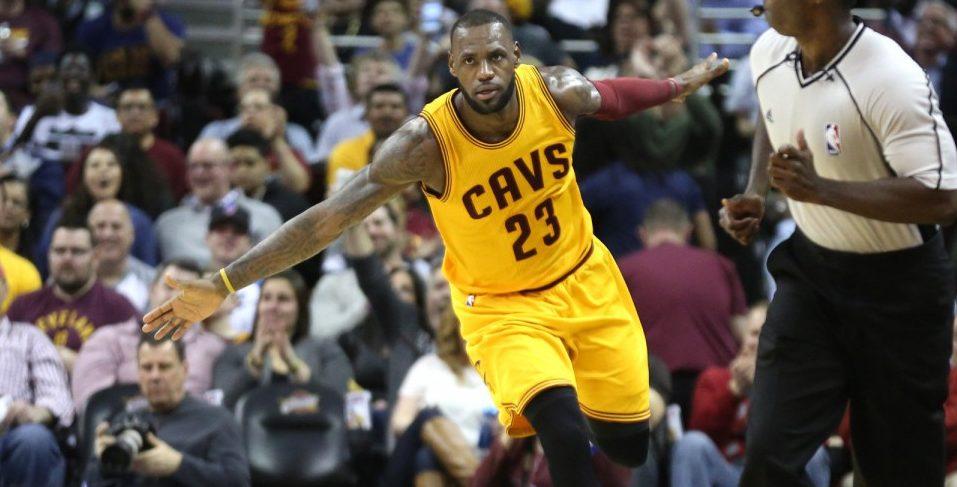 How much would you be willing to pay for a limited edition pair of LeBron James’ retro Nike Zoom Generation 1 shoes?

In partnership with Nike and the Cleveland Cavaliers, James’ first signature shoe, known as “The First Game,” are being auctioned off in a package deal by StockX. The package includes a box made partially of Cleveland’s actual basketball court from their 2015-16 season and an officially licened NBA championship ring (not the ring that was given to the players, but the same one given to members of the Cavaliers organization). 23 pairs of the shoe will be part of the StockX auction.

If you’re interested in obtaining the shoes and memorabilia, you’ll need upwards of $10,500 (as of Wednesday afternoon).

Here is a link for those interested in placing a bid.

Back in September 2016, a signed LeBron James rookie card went up for auction on GoldinAuctions, and unlike these shoes, it had a starting price of around $50,000. That amount would be destroyed as the card sold for a massive $312,000 just a couple weeks later.

Bidding for the special edition gear closes tomorrow night (Thursday) at 9:00 p.m. EST. As a sneakerhead and avid Cavs fan, this is a brilliant idea.