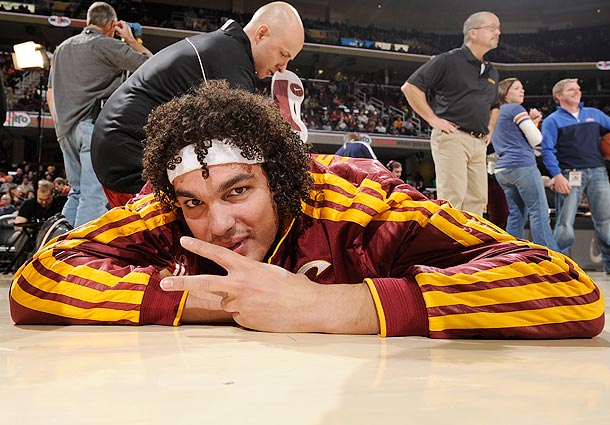 Anderson Varejao suffered a torn left Achilles on a Tuesday in late December in a matchup against the Minnesota Timberwolves. In what many were saying could be a career-threatening injury due to the way Andy plays, Varejao himself is on the road back and trying to defy some of the odds in coming back from this injury.

Great news came in today as Varejao posted a picture on his Instagram account, saying, “Back on the court, no date to play yet, but very optimistic!”

It is indeed great to see Varejao back on the court, not only for his teammates or the fans, but for himself, proving how tough he is in overcoming another major setback in his injury riddled career.

It’s great to see Andy on the right track and we wish him a speedy recovery back to the NBA floor!