LeBron’s Message to Love: Fit In 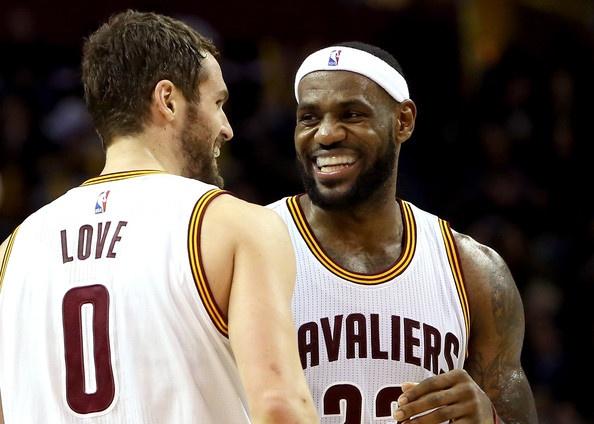 The soap opera side of the Cleveland Cavaliers season continued on Twitter this week, with LeBron James subliminally targeting Kevin Love and essentially calling him out on his perceived role on the team. It is no secret that while the Cavs have been winning, Kevin Love has, for the most part not played his best basketball. LeBron has been vocal about Love’s performance and role on the team, and has made a concerted effort to get Love involved in the offense early in games. The move to Twitter correspondence is confusing, though, and could be misconstrued as a rift between the players.

It is important to start at the origin of this story, which is actually a Love quote from the preseason. He said “I’m comfortable and just not trying to, I guess, fit in so much.” He also added that some teammates had encouraged him to be himself, and to “fit out.” Love is not accustomed to fitting in. He stood out mightily in Minnesota, but somewhat for the wrong reasons. His individual performance was outstanding, but his teams rarely won consistently, and never made the playoffs. In Cleveland, the opposite is happening. His numbers are not spectacular, and his team is excelling, especially recently. His desire to “fit out” probably needs to take a backseat to the success of fitting in with his teammates that are playing so well.

Although his sentiment is probably accurate, LeBron’s delivery method is very questionable in this situation. Any social media platform would have been the wrong one to use to get a message like this across. The two may have had a conversation in person about this prior to the tweet, but we don’t know that. From the outside looking in, it does appear as though LeBron went the wrong route to deliver the right message to his teammate. This conversation should have taken place behind closed doors. LeBron took to Twitter yet again today to comment on the rumors that those tweets were as a result of LeBron and Love’s growing differences:

I like u guys a lot(Media) but don't try and make a story cause it looks good. If I have a problem with a teammate or anyone I'll say to….

their face and not over social media. That's corny and wack! So good try again my friends(Media), I still love you guys.

The most important thing to understand here is that there is no rift between LeBron and Love. Outside of the frustration of losing earlier in the season, these two seem to genuinely enjoy playing together. Love responded brilliantly on Sunday against the Lakers, delivering his best game of the year thus far with 32 points and 10 rebounds while knocking down a season-high seven three-pointers. LeBron called plays for Love and looked for him in transition for open 3s. The more that Love and LeBron fit in together, the more dangerous this Cavaliers team will become.