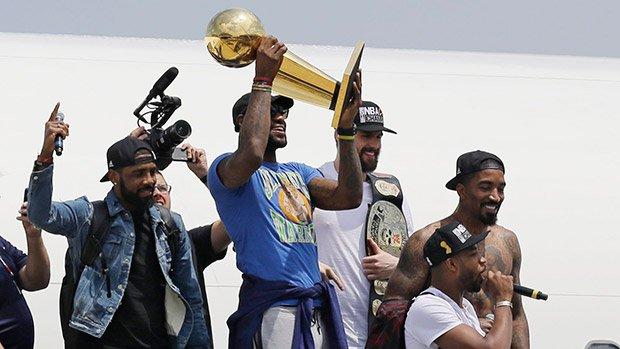 LeBron James currently holds four MVP trophies. Capturing another would make him only the 4th player in NBA history to win five MVPs. In the recently released odds to win the MVP award in 2016-2017, Bovada online sports betting gave him the third best odds to win it. James is listed at 5/1 odds to win, trailing behind Russell Westbrook (2/1) and Stephen Curry (3/1).

At this stage of his career, LeBron probably is not as worried about winning MVP as he used to be. Now his focus lies solely on winning championships. But for a player like LeBron who constantly proves his doubters wrong, winning his 5th MVP during a season in which he will turn 32, might be just what he wants and needs to do. James is always trying to improve his legacy and winning another MVP would put him in rare company.

With Kevin Durant going to the Golden State Warriors, Steph Curry may not be able to carry such a large load and his numbers will take a hit, giving LeBron the opportunity to capitalize. Russell Westbrook will no longer have to play in the shadow of Durant, but it is hard to imagine the Oklahoma City Thunder having a strong enough record for Westbrook to win the award, regardless of his stats. Given these circumstances, LeBron may have a better chance to win the award than people are giving him.

LeBron’s statistics last season were not the best he has ever put up, but the glory of winning and NBA championship may have given him fresh legs. I expect him to put up surprising numbers this season and would not be surprised to see him win MVP.