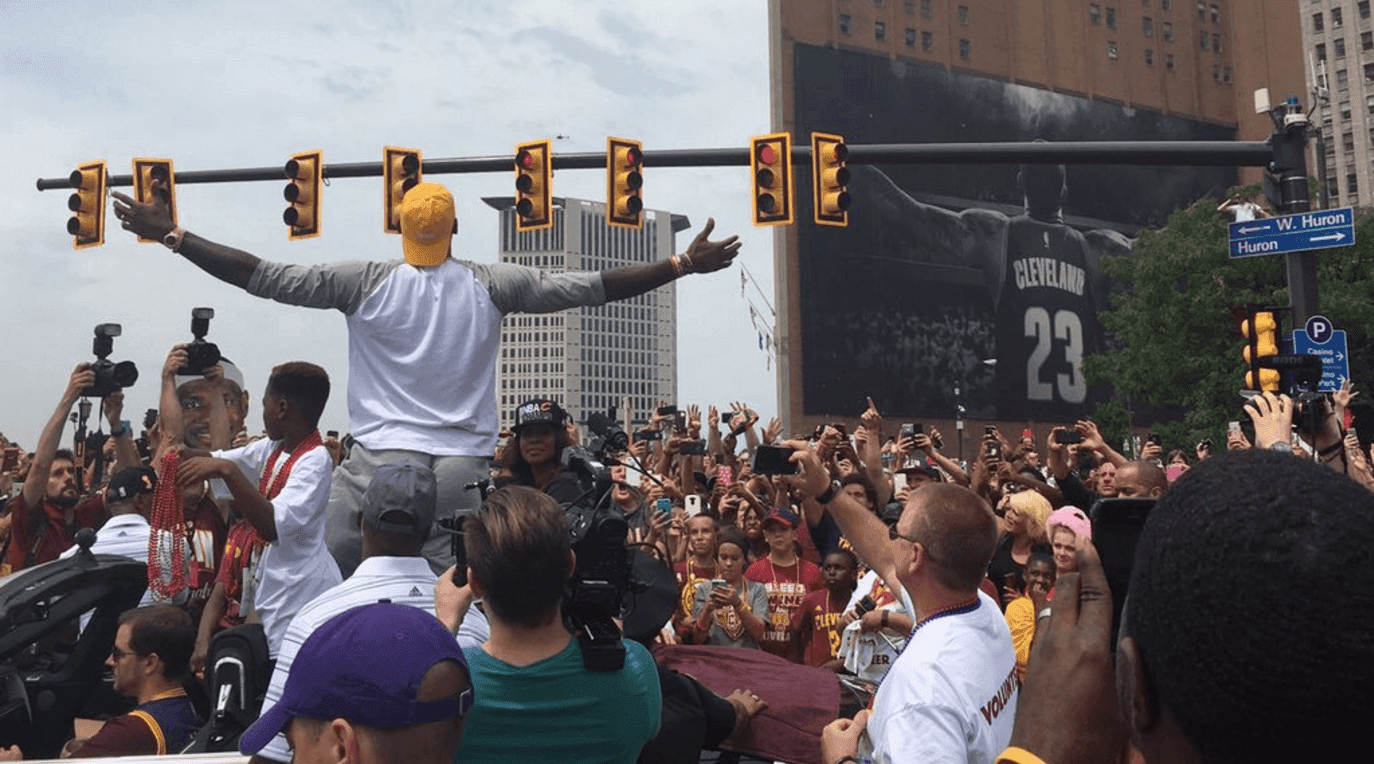 LeBron James, Cleveland Cavaliers superstar small forward, has been selected as the winner of several distinguished awards over the course of his NBA career. Today, The King was bestowed with yet another decoration.

After a tally of 59 votes from editors, member newspapers, and customers, The Associated Press announced today that James will be the recipient of their Male Athlete of the Year award.

The Kid from Akron will join Michael Jordan as the only two NBA players to win the award twice. Jordan won it three consecutive years (1991-94).

In an article from Tom Withers of The Associated Press, James was honored to be in the same class as Phelps, a 23-time gold medalist, saying:

To be that dominant in your respective sport, to see what he’s been able to do over the years, what he does in the water, man, it’s tremendous and very inspiring.

When you have that type of tenure to be able to dominate, when you know that the entire competition is gearing up to beat you – and only you – and you’re still able to come away No. 1 or always be at the top of the food chain, that’s very inspiring.”

On Monday, U.S. Olympic gymnast, Simone Biles, was named Female Athlete of the Year. Congratulations to the winners.