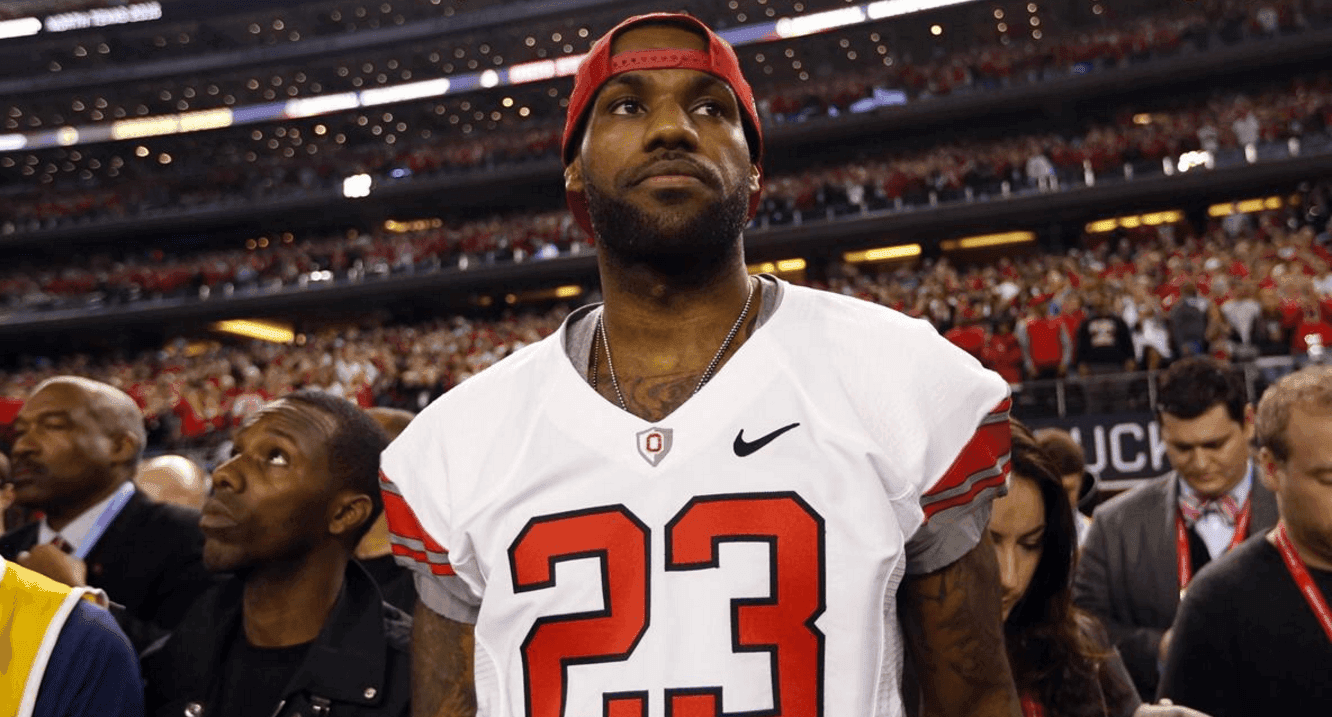 There is no doubt about it – Cleveland Cavaliers forward LeBron James is an avid fan of The Ohio State University and their various athletic programs. In fact, James was recruited by the Buckeyes as a football prospect after lighting up the scoreboard as a wide receiver for his alma mater, Saint Vincent – Saint Mary High School in Akron, Ohio.

James garnered first-team all-state honors in his sophomore year, and in his junior year, he led the Fighting Irish to a state semifinals appearance.

On Saturday, the Buckeyes will host the Michigan Wolverines on the grid-iron for one of the most anticipated rivalry games in college football history. James has yet to witness an Ohio State-Michigan game in person, but now, it seems he’ll be able to mark that off of his bucket list. James and the entire Cavaliers team are scheduled to be in attendance for the big game.

Buckeyes Head Coach Urban Meyer and his coaching staff have organized a recruiting showcase for the event. In honor of his visit to The Shoe, Ohio State players will have the option to sport new LeBron James cleats. The cleats are a football version of James’ new Soldier 10 basketball shoe.

The Buckeyes have a new cleat for this week's game. And we have the quickstrike sneaker version. Release details to follow. pic.twitter.com/vgNAif3DyR

In an article from Ari Wasserman of www.cleveland.comon Wednesday, James expressed his gratitude, saying:

A lot of guys have the option (to wear them) I believe they all received them yesterday. It’s been something that’s been in the works for years now. We finally were able to put together a shoe and work with the Nike football lab to put a cleat on there. It’s always a hard process when you turn a basketball shoe into a cleat, so we finally were able to find a shoe that fits the Nike lab football cleat.

And then we had those guys wear test them yesterday at practice, and for the guys that want to wear them, they can. They have so many shoes, they can decide what they want to wear as well. So, it was just like, great timing, I guess, that it came together when they were playing Michigan in the biggest game of the season.”

A visit from The King and his men will certainly be a powerful recruiting tool for the Buckeyes.