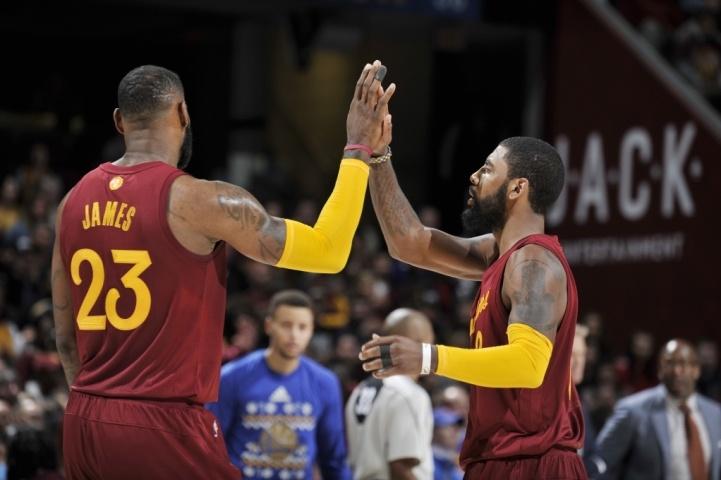 Before the Kyrie Irving days, Cleveland Cavaliers fans were accustomed to LeBron James taking and making game winning shots. In a new generation of Cavaliers basketball, James has full faith in his young superstar point guard taking those shots that once belonged to him.

On Christmas Day, the Cavaliers faced the Golden State Warriors for the first time since the 2016 NBA Finals. For a regular season game in December, the game had a playoff atmosphere from the outset and finished with an ever bigger bang.

Kyrie Irving hit an incredibly tough turnaround shot with 3.4 seconds left in the game, to seal a victory for the wine and golders. LeBron James has been full of praise for the 24 year old in the past and Christmas Day was just another notch.

"The kid (@KyrieIrving) is special.." – @KingJames#NBAXmaspic.twitter.com/KcCHpKHPT7

It was simple words from the King as he heaped praise onto the former Duke Blue Devil.

The Warriors have shown themselves to be one of the best teams basketball has ever seen, but they find the Cavaliers to be a major thorn in their side. Of the Warriors past 8 losses, 4 of them are at the hands of the Cavaliers, while 2 of them come directly from Kyrie Irving’s game winning hands.