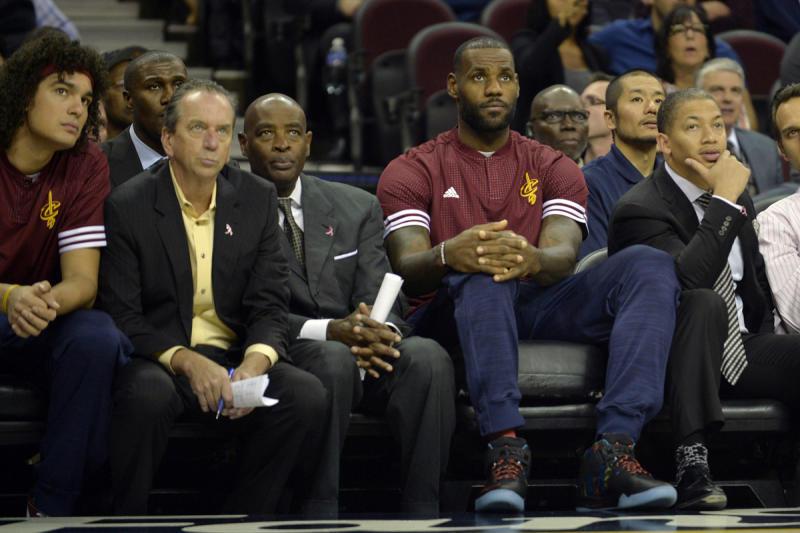 Fans have had little to be excited about this preseason as the Cavs started their preseason at 0-6, but were able to get a win last night against the Mavericks. LeBron James sat out that game as well as the game before that in Toronto as he nursed a back injury he suffered and received an injection for late last week.

James was at the game last night, and although he didn’t play, he did make noise around the internet by seeming to wear an unreleased colorway of the Nike Air Akronite.

In a Complex.com article, writer Riley Jones tells fans not to get their hopes up in getting these shoes.

“While most adults won’t be able to get their hands on the Air Akronite, the rules are a little more flexible when you’re King James. Last night, he sat courtside for the Cavaliers’ win in an unreleased colorway of the mash-up sneaker, which makes use of design cues from models like the Air Tech Challenge II. This particular style features a multicolor design at the rear that is reminiscent of the “330” LeBron XIII.

Don’t get your hopes up on these hitting stores, however the standard Air Akronite is now available.”