LeBron shot 55% all season and no one noticed 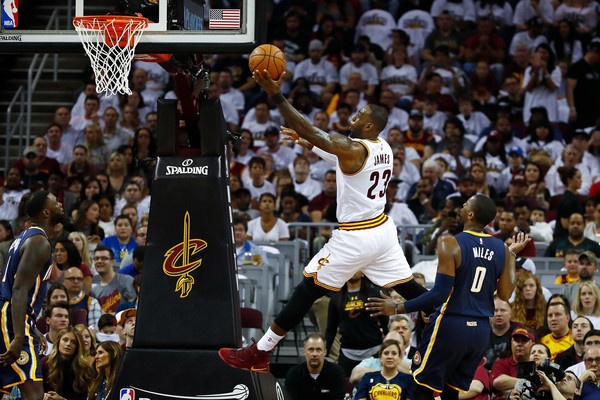 LeBron James continues to amaze at the ripe old age of 32 years old. Defying the logic of the aging process, James led his injury-plagued Cleveland Cavaliers to the #2 seed in their attempt at defending their throne.

What many have noticed about LeBron’s stat line this season is his career highs in rebounds and assists, but something that seems to have gone completely unnoticed is his field goal percentage.

lebron shot 55% from the floor for the whole damn season and we barely care.

James was tasked with leading the Cavaliers through their injury riddled season, and did so with style. J.R. Smith missed 41 games, Kevin Love missed 20, Kyrie Irving missed 10, and the Cavaliers seemed to have a revolving door of free agents rolling through the locker room for the first time in years.

All of that meant nothing to the King, who took the bulk of the load on his shoulders and shot 54.8% from the field in the process. That earned him the tenth best percentage in the entire league, with all nine men ahead of him playing the center position.

Adding to the impressive numbers is the three-point line. James shot 36.3% from deep this season on 342 attempts, while the nine players with better FG% numbers attempted a combined 149 three-pointers.

None of those numbers even include the fact that James threw down a career-high 145 dunks this season, seventh-most in the NBA. Everyone ahead of him is a center with the exception of Bucks’ lanky forward Giannis Antetokounmpo, who is known for his monster dunks and lack of shooting.

James averaged 26.4 points, 8.6 rebounds, and 8.7 assists on 54.8% shooting, and is seen at #4 in many MVP rankings… We’ve just become so accustomed to LeBron James’ greatness that he’s taken for granted year-in and year-out. 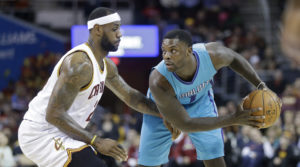 JUST IN: LeBron James and Lance Stephenson, where did the beef begin?
Related TopicsCavaliersLeBron James