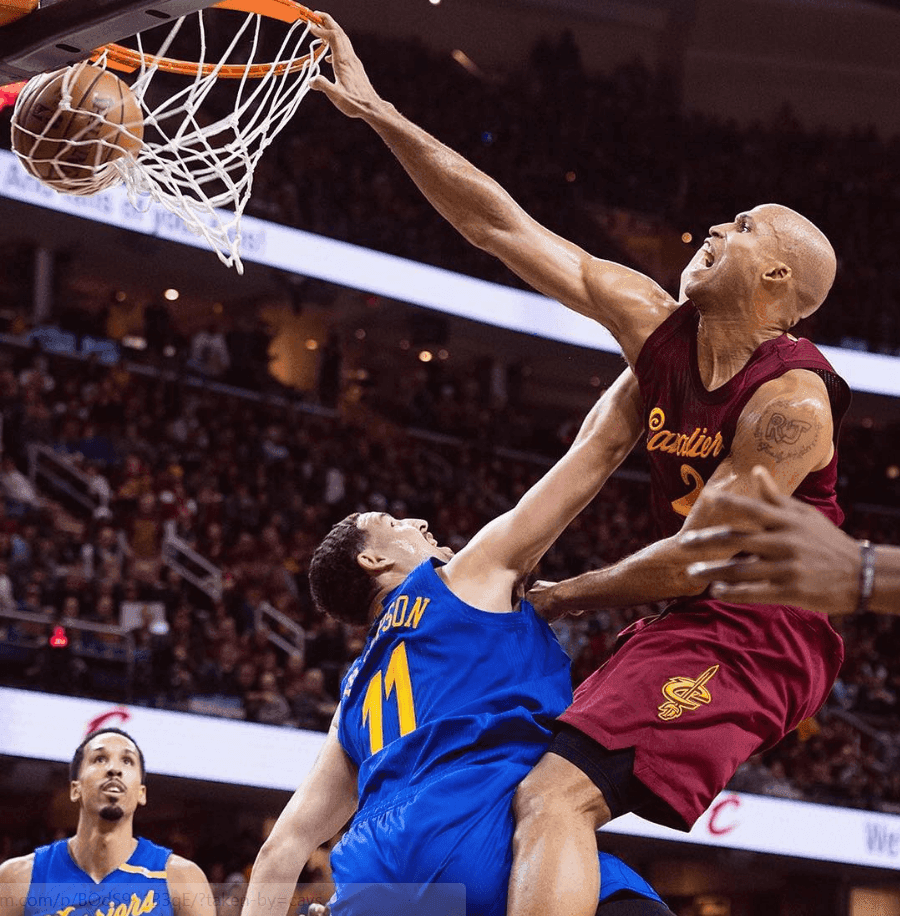 The Cleveland Cavaliers defeated the Golden State Warriors in an epic finals rematch on Christmas Day, and despite LeBron James and Kyrie Irving making huge plays down the stretch, a lot of attention was given to 36-year-old Richard Jefferson who turned back the hands of time with two poster dunks on Kevin Durant and Klay Thompson.

Jefferson received a technical foul for winking at Durant after he dunked on him, and just moments later, Jefferson took the lid off Quicken Loans Arena with a throwback monster jam on Thompson. The crowd was wild, and this was after Jefferson spoke about the difficulty of dunking as you got older in the NBA just a few days before.

It seems as though Jefferson’s athletic ability isn’t diminishing any time soon despite his age, and has even took on the tough assignments of guarding Giannis Antetokounmpo and Durant in recent contests. It seems as though the snapchat star has found the fountain of youth, and his excellent play has given the Cavs a boost with the injury to sharpshooter JR Smith.

His teammates took not notice, and team captain LeBron James took to Instagram to roast the Cavs swingman.

Man to be 95 years of age and still being able to do this!!! RJ tell me where that fountain is brother. #IPromise I can keep a secret. Haha! Wowzers!!

This is Jefferson’s’ 18th season in the NBA, and he is showing no signs of an ageing body in a highly physical and demanding league.

It looks like RJ wanted to give the Cavalier fans posters for Christmas with his monster throw downs, but he in fact unwrapped the best present of all – himself from 10 years ago.