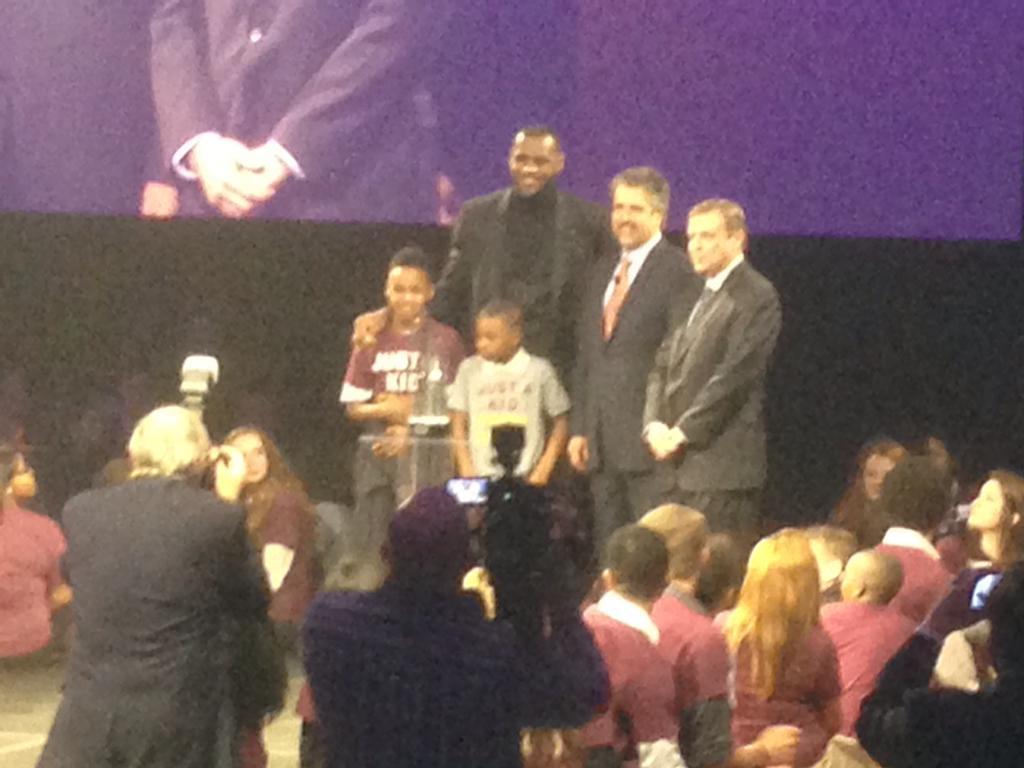 LeBron James received the H. Peter Burg award Tuesday Night. He got the distinguished award for leadership, inspiring youth, and philanthropic efforts in his hometown of Akron, Ohio.

James was presented the award during the Greater Akron Chamber’s annual meeting. According to the Associated Press, the award goes to a business or community leader who has served as a role model and enhanced local and economic development.

James has started a number of youth-related programs, and his efforts are highlighted by the LeBron James Family Foundation, which has helped and sponsored thousands of local area school kids through his “I Promise” and “Wheels For Education” programs.

Alongside James were his wife, Savannah, and two sons, LeBron Jr., and Bryce. The formal banquet, which was held in Akron’s historic Goodyear Hall, gave James the award named after the late chairman of FirstEnergy.

James, too, thanked his wife, Savannah, his mother, Gloria, and his foundation’s employees. The ceremony was attended by Akron’s top civic and business leaders, who saluted James with a standing ovation.

“You can’t put it into words,” Akron Mayor Don Plusquellic said of James’ impact. “It’s one of those things you can’t measure, you can’t absolutely explain. We can’t measure every single feeling and put a number on it, but we all feel things about our environment, about family members, about friends. It’s this immeasurable factor that comes into our lives about what makes up happy. And LeBron coming back is such a great story about Akron and Northeast Ohio.”