LeBron James: What’s In A Number? 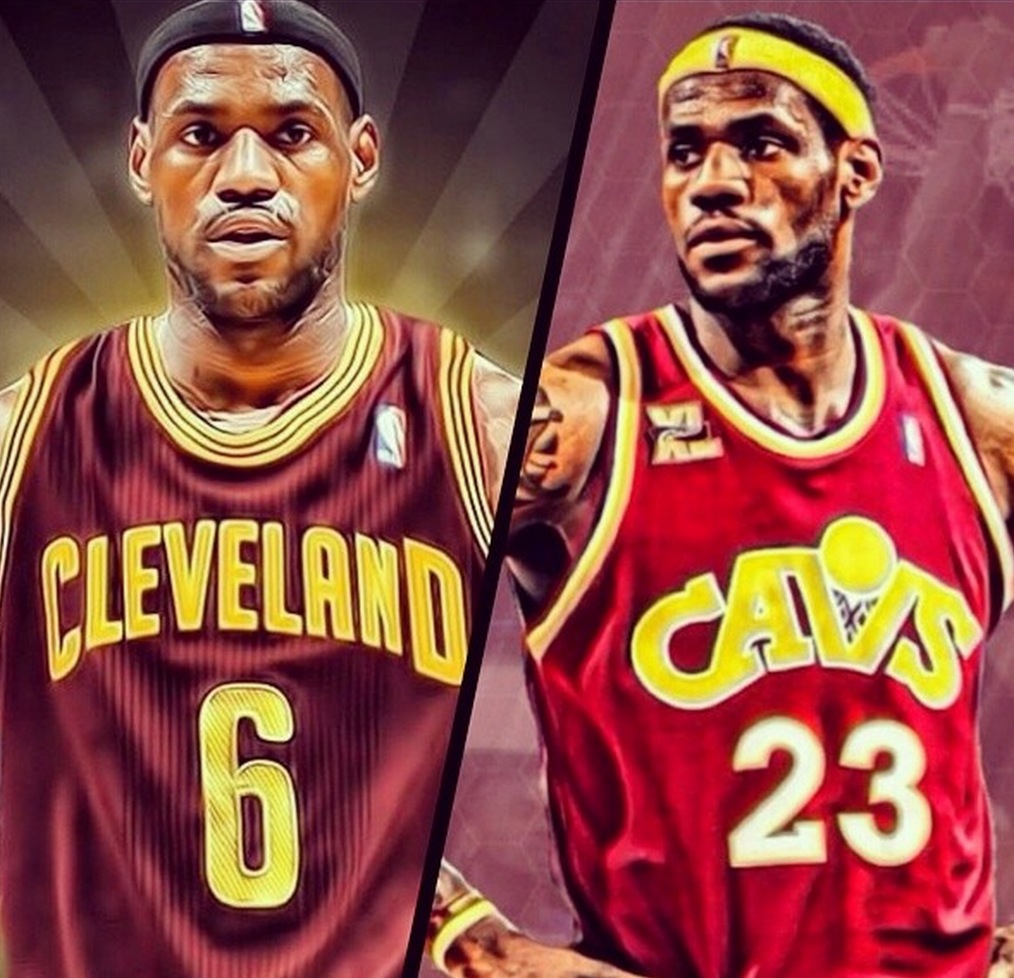 To be or not to be number 23. That was the question on every Cavalier fan’s mind up until a few weeks ago.

Similarly to how every Cavalier fan (including myself) remembers where they were in 2010 when LeBron made the original decision to go to the Heat; every fan of the Cavs remembers where they were when the King decided to return home. Although we were all in different places, doing different activities, the feeling was mutual. It was a feeling of not only excitement, but relief to the fact that the chances of the Cavaliers having a winning season for the first time since 2009-2010 season had gone up immensely. Like many fellow fans, as soon as I found out I was sort of shocked; I was in disbelief, it was a miracle that something this great was happening. LeBron was actually coming back, something that I had dreams about; something that was only possible in the 2k video games had become reality.

Once fantasy had become reality, the next thought was probably the same in all fans. What number would LeBron be wearing when he came back, would he wear number 6 like he did for the Miami Heat, or would he return to number 23, the number he wore for all those years in Cleveland. After this question was asked, the next question most fans had was more than likely was what number would LeBron prefer and what would influence his decision.

To start the process of what LeBron would want to wear more it would only make sense to start from the very beginning of LeBron James’ basketball career. James started to shine on the court when he attended St. Vincent–St. Mary High School, and for most of his time there he wore the number of his biggest basketball idol Michael Jordan. Once LeBron left high school he went straight to the NBA where he was drafted to his hometown team; the Cleveland Cavaliers. Luckily, when LeBron first went to the Cavs he was still able remain the same number and wear 23. For seven years James wore 23 for Cavaliers and put them on the pedestal of the NBA, taking them to the playoffs four consecutive years in a row, along with leading the Cavs to the NBA finals before losing to the Spurs in 2007.
When 2010 came around and James became a free agent, he decided to pack his bags and go play for the Miami Heat. In Miami, LeBron decided to change his number to 6 saying “I feel like no NBA player should wear 23. I’m starting a petition, and I’ve got to get everyone in the NBA to sign it. Now, if I’m not going to wear No. 23, then nobody else should be able to wear it.” James thought the number 23 should be for Michael Jordan and Michael Jordan only.

Four years later James was once again a free agent, and this time around, he decided to go home and play for the Cavs. This brings us back to the original question. What number will LeBron wear? Many fans were on the side of 6 saying that only Jordan should wear the sacred number and LeBron should honor that. On the other hand, just as many fans were on the side that LeBron should return to his original number. After a long thought out process LeBron chose number 23. With King James having chosen that number, many fans are wondering why he decided to switch back from 6. There are many reasons as to why LeBron chose 23. For starters LeBron chose it because that’s where his career first took off. Playing in Akron Ohio for St. Vincent–St. Mary High School and wearing number 23 is where his love for the game of basketball originated from. Now that he is back to playing in his hometown, it is only right for him to wear the number that he became famous in. The number 23 LeBron is for Cleveland and Cleveland only, it’s what all Cavalier fans are used to and it is just the perfect fit for him. Not only does it benefit for James to pick number 23, but also it helps out the Cavaliers Organization. With LeBron choosing number 23, it means that when LeBron decides to retire, the Cavs will only have to retire one number and not two.

{adinserter 2} LeBron choosing 23 has made many Cavalier fans very excited and happy, not only for the fact that the King is back in his hometown, but also since he will be wearing a familiar jersey, the same classic jersey that made LeBron so popular in Cleveland. However, there are some fans around the NBA that will continue to say that LeBron shouldn’t wear and leave it for Jordan. As far as Michael Jordan’s opinion on LeBron wearing 23, in a text with ESPN said “I’m cool with it, I don’t own a number.” Not only is Jordan content with LeBron being his old number, but also it shouldn’t be up to Jordan what number LeBron wears. LeBron is in the point of his career where he is almost to the same talent level as Jordan was, if he keeps playing the way he is now, he will not only surpass Jordan, but he will also become the greatest of all time.

No matter what number he were to choose, fans should be happy with the fact that the King is actually back in town, and like the fellow fan I am all fans should be looking forward to seeing what the Cavs will put on the court next year. With the addition to James we can make a playoff run and perhaps make a push for the championship. We most certainly aren’t the same team we were last year when we were excited for signing Andrew Bynum. The future for this Cleveland Cavaliers team is very bright indeed. 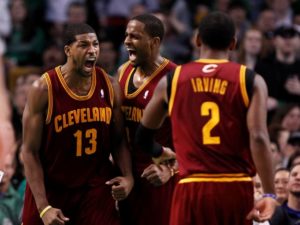