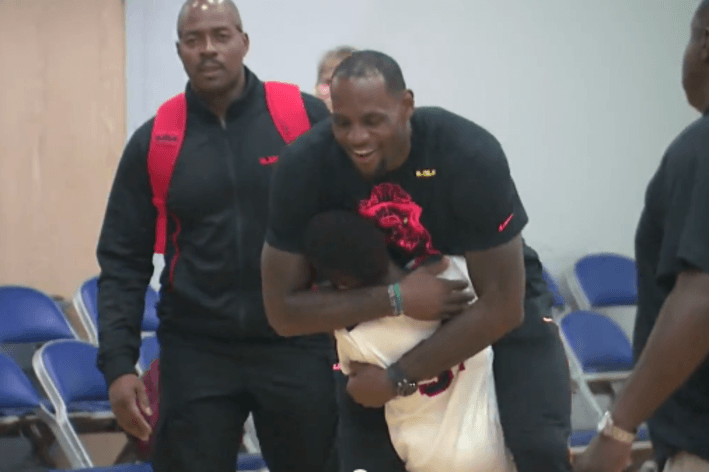 When LeBron James isn’t playing his heart out on the court with his teammates, he’s spending quality time with family, which includes his mom, wife, 2 boys, and soon to be daughter. Appears that his son, LeBron James Jr. has learned a few tricks from his dad, and has started to tear up the court at the age of just 9 years old. Due to this, even in the offseason it seems that LeBron James can’t stay off the court. But this time he appears to be the coach/cheerleader. Taking on a role that he might just have to mimic during the season with his new Cleveland Cavaliers team, considering the youth and inexperience on that roster.

{adinserter 2} LeBron was spotted at his son’s AAU Fourth Grade National Championship game in Lexington, Kentucky and watched the game just like every other parent. Even though a 4-time NBA MVP and 2-time NBA champion, he wants to be nothing more than a typical parent cheering on his kids. LeBron was up on his feet at several times, cheering on his son. Some points, he was even strategizing and coaching LeBron James Jr. It was nice to see LeBron having some father-son moments at the game especially when he tackled his son to the ground, reminding us of that moment when a lucky fan made a half court shot for $75,000. The rest of the kids seemed ecstatic to have the opportunity to have future Hall-Of-Famer watch their game with such enthusiam! Even Kentucky coach John Calipari turned up for the event to check out future talent of course. Could he possibly be there to begin early recruiting? We will have to see where LeBron James Jr. ends up in the future. He’s definitely got the right connections to a straight path into the NBA.

Here are the full highlights of the event:

LeBron James with his sons while receiving his 4th Most Valuable Player Award. 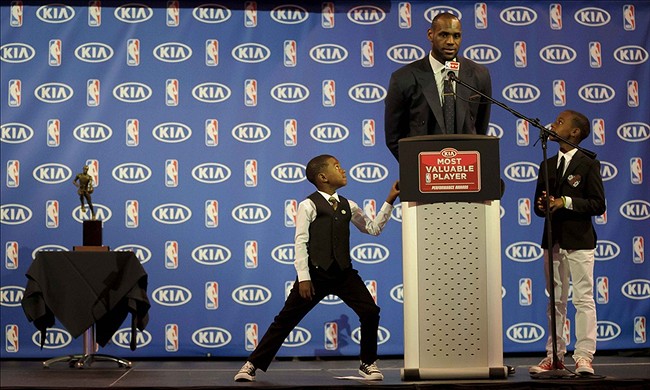 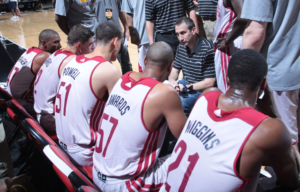