LeBron James and Warren Buffett could buy the Cavs one day 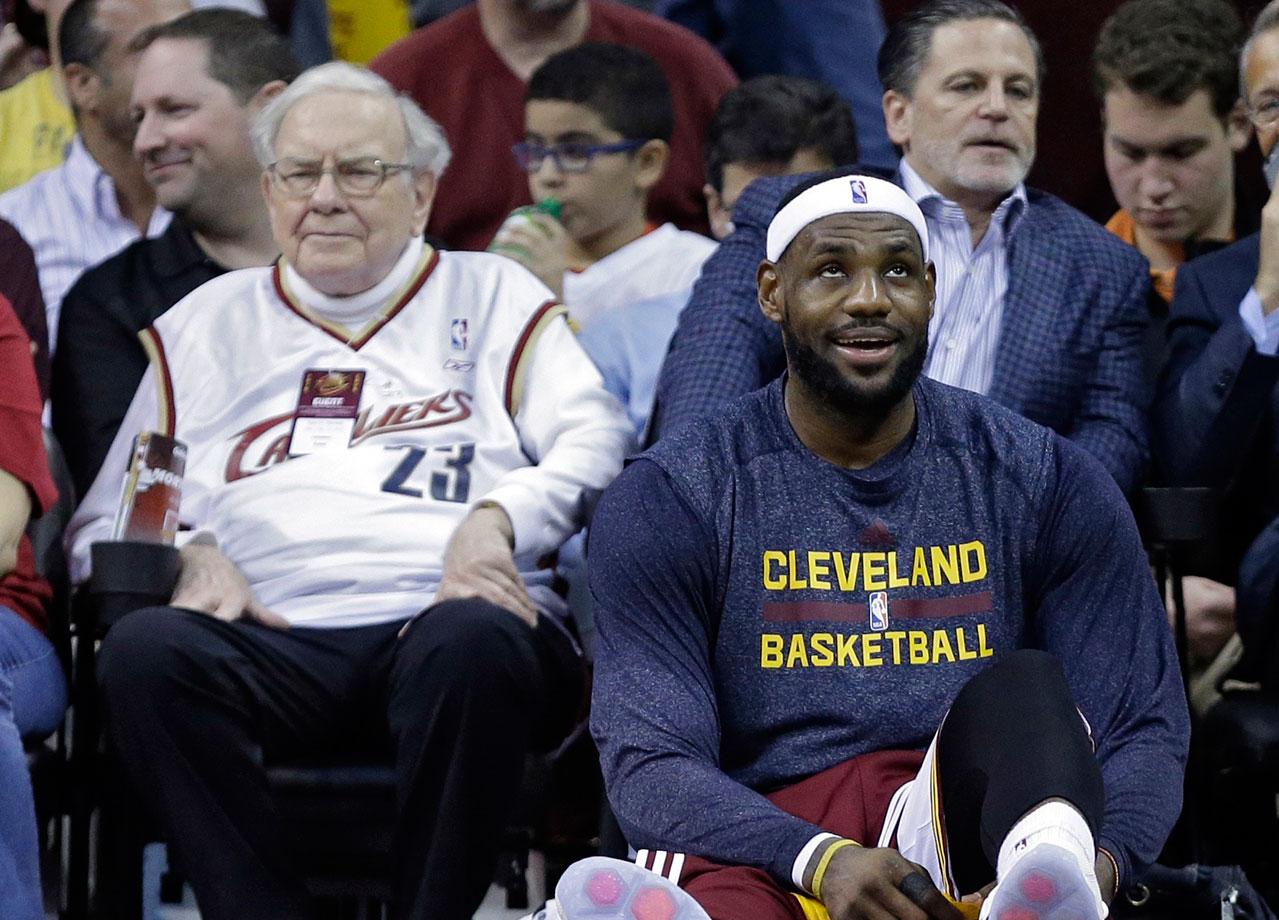 Have you ever pictured LeBron James, the current face of the Cleveland Cavaliers, as an owner of an NBA team after his playing days are over? The idea could be more realistic than you think.

As it is reported in an article written by Quenton Albertie of FanSided for www.FoxSports.com, Dan Gilbert, Cavs General Manager, may one day sell his stake in the franchise to purchase the Detroit Pistons. Gilbert hails from Detroit, so it’s no surprise that he still holds an affinity for The Motor City.

The question of whether or not Gilbert would actually sell the Cavs seems to be a novel one, but it could happen.

Tom Gores, who currently owns 100% of the Pistons franchise, initially purchased 51% of the team for $325 million, then later bought the remaining 49% of the team from his firm, Platinum Equity.

The Pistons franchise, which is currently valued at $850 million, is on the move, however. The days of Pistons fans filing into The Palace of Auburn Hills will be a thing of the past. Enter a new era of basketball in downtown Detroit.

Gilbert, who is the CEO of Quicken Loans Arena, a company headquartered in Detroit, has spent a lot of time, money, and effort developing plots of land and buildings in his home town. Gilbert’s efforts to improve local communities in Detroit is well-known throughout the city.

The Cavaliers are currently valued at $1.1 billion. If Gilbert were to sell his franchise before buying the Pistons, he wouldn’t be losing much in the transaction, and Gores would obviously benefit from the one billion dollars.

But that leaves us with one question: “Who would purchase the Cavs if Gilbert sold his stake?”

Albertie reports that Warren Buffett could be a potential buyer. However, Buffett would be more likely to partially purchase a team, rather than be its majority stake-holder.

It may be James who is most likely to buy the Cavaliers – if Gilbert sells. The King is currently valued at $275 million and will probably demand a salary somewhere in the realm of $209 million in his next contract. Furthermore, by the time James could sign his next “max” contract, he’ll be worth upwards of $300 million. That means James will be worth $500 million in seven years. When you throw in his endorsement deals and side projects, James will be worth far beyond $500 million.

James and Buffett, who are close friends, could partner together in purchasing the Cavaliers, but for now, this is all speculation. Buffett is also friends with Gilbert, so he’d likely be willing to help.

This isn’t a move that’s expected to happen anytime soon, but it certainly is a scenario worth watching.